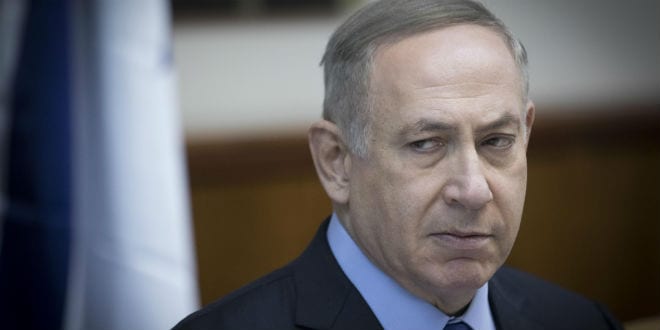 Prime Minister Benjamin Netanyahu on Wednesday morning told his weekly cabinet meeting that Israel has retaliated for the unjust and hostile UNESCO vote on the status of Jerusalem by cutting $1 million from its annual contribution to the UN.

“Yesterday, UNESCO again passed a delusional resolution regarding Israel’s status in Jerusalem, the capital of the Jewish People for 3,000 years,” Netanyahu said, adding, “I very much appreciate the across-the-board unity of almost all political parties in rejecting this absurd decision.”

“I would also like to say that this systematic harassment has a price,” the PM announced. “In wake of the resolution, I have instructed Foreign Ministry Director General Yuval Rotem to deduct $1 million from the funds that Israel transfers to the UN. Israel will not sit by while the organization calls for the denial of our sovereignty in Jerusalem.”

In all this darkness, Netanyahu said, “I must also note one point of light. More countries opposed this resolution than last year and fewer countries supported it. I thank the countries that acceded to my request to vote against this resolution, especially the US, which did not need any sort of appeal. But I would especially like to thank the Italian Foreign Minister and Prime Minister. Italy was the first European country to announce that it would oppose the resolution. Also opposing it were Greece, Great Britain, Germany, Lithuania and the Netherlands. I would also like to thank the President of Ukraine and the leaders of Paraguay and Togo. For the first time in UNESCO, more countries voted to oppose or abstained than voted in favor, and of course this is important.”

He added, “I would like to thank Yuval Rotem and the Foreign Ministry personnel who did thorough work. We are working constantly to increase support for Israel in international bodies in order to reflect our growing status vis-à-vis bilateral contacts with countries. We are also working constantly to reduce, and I hope one day to cancel altogether, the UN theater of the absurd regarding the State of Israel.”

Earlier in the day, Culture Minister Miri Regev (Likud) proposed evicting UNESCO from its Jerusalem headquarters in the Armon HaNatziv villa in Talpiot, eastern Jerusalem, seeing as, 50 years after the unification of Israel’s eternal capital, there was no longer need for the UN observers who reside there.