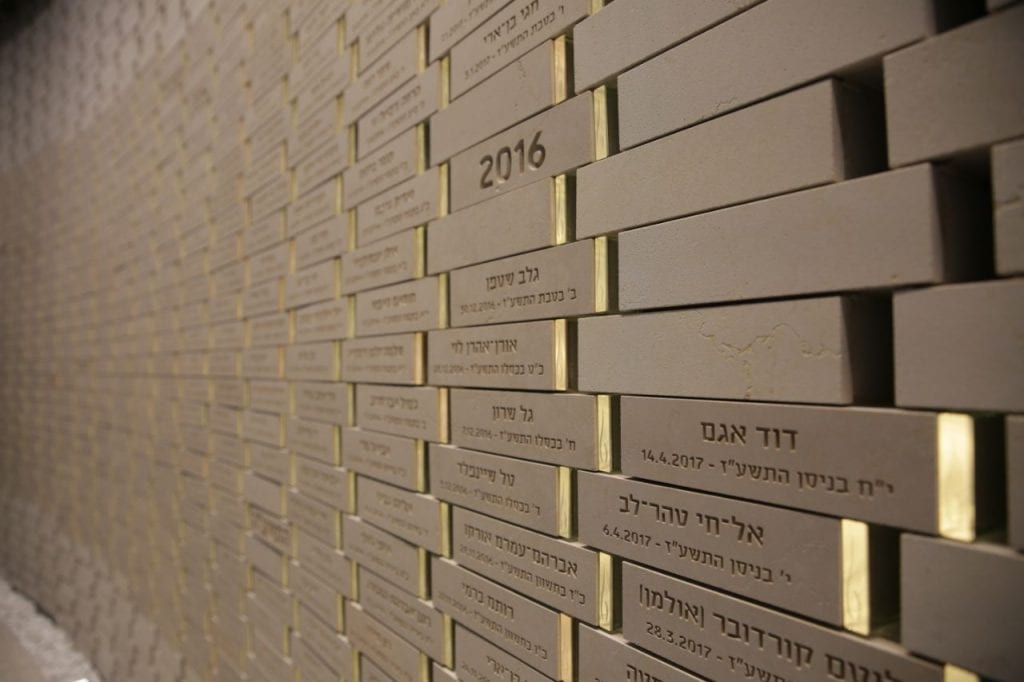 The Hall, a swirl of white bricks containing the names of all 23,544 individuals who died during their military service, reaches a height of 18 meters. Each brick also contains a memorial light that will be lit annually on the anniversary of death. To consecrate the site, Netanyahu lit an eternal flame while President Rivlin fixed a mezuzah to the new building, which Israeli actor Natan Datner called a “holy temple”  that is “100 percent heroism, service and values.”

Datner said the eternal flame is a sign of continuity and eternity. In this and future generations we will continue to remember our sons and daughters who fell in service of our people, and the flame will remain lit in this hall forever more, as a sign that we remember, that we are here.

“Bereavement passes over no one. As a society, we are a tapestry of cultures and communities… [linked by] collective memory, as a nation and as individuals,” Datner added.

Rivlin said the concentration of the new hall was a “landmark moment” for the State of Israel. “Memory does not only mean remembering the past. The secret of the power of Israel’s memory is continuity – memory that begins in the past and passes through the present to the future. Jewish and Israeli memory connects the past and present with the future and plants within us strength, as individuals and as a nation.