On Israel’s Independence Day, UNESCO Vote to Declare Israel Has No Right to West Jerusalem Either

Home » On Israel’s Independence Day, UNESCO Vote to Declare Israel Has No Right to West Jerusalem Either 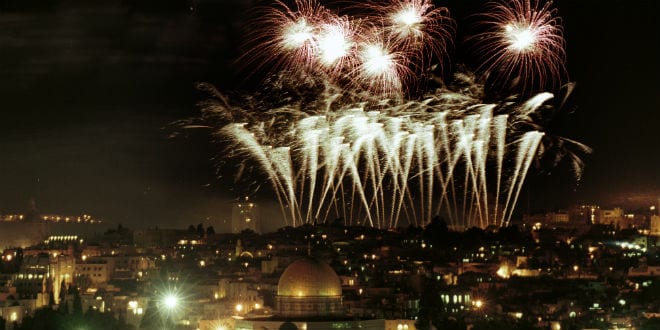 The United Nations Educational, Scientific and Cultural Organization (UNESCO) will celebrate Israel’s Independence Day next week by voting on anti-Israel resolutions. The resolutions will be presented to the Executive Board in Paris and will expand on previous UNESCO declarations by declaring the Jewish presence in West Jerusalem to be illegal.

Diplomatic sources informed the Jerusalem Post that the focus of the new resolutions will be to challenge Israeli sovereignty in all of Jerusalem. An initial draft composed by ten European countries was presented to UNESCO last month by a group of Arab states. The draft stated  that “any action taken by Israel, the Occupying Power, to impose its laws, jurisdiction, and administration on the City of Jerusalem, are illegal and therefore null and void and have no validity whatsoever.”

The wording of this resolution goes further than previous UNESCO resolutions, which negated the Jewish connection to East Jerusalem and its holy sites while granting a religious monopoly of the city to Islam. If accepted next week, this will be the first time UNESCO has undermined Jewish sovereignty in West Jerusalem.

The resolution is also expected to reaffirm that the Jewish holy sites in Hebron and Bethlehem are Muslim. As in previous UNESCO resolutions, the Cave of the Patriarchs is referred to as Ibrahimi Mosque, and the Tomb of Rachel is referred to as  Bilal bin Rabah Mosque, both being “an integral part of Palestine”.

“UNESCO has returned to the ritual of political anti-Israeli decisions that undermines anything Israel does in Jerusalem,” the Foreign Ministry said in a statement on Thursday.

The UNESCO move to separate West Jerusalem from Israel comes at a curious time, when both Russia and the United States are supporting Israel’s claim to the city. Israel is waiting for US President Donald Trump to actualize his campaign promise to move the embassy to Jerusalem. Trump’s ambassador to the UN, Nikki Haley, has been highly critical of the organization’s anti-Israel bias. Earlier this month, an announcement appeared on the Russian Ministry of Foreign Affairs website that concluded with the startling statement that Russia views West Jerusalem as the capital of Israel. The UNESCO resolution is in direct contradiction of the Jerusalem policy of both major world powers.

The vote falls on Israel Independence day, three weeks before Israel will celebrate the 50th anniversary of the unification of Jerusalem. Israel integrated East Jerusalem after the military victory in the 1967 Six-Day War, and in 1980 passed the Jerusalem Law, declaring the city to be its capital in entirety.

At present, the International Christian Embassy Jerusalem (ICEJ) is the only embassy to the Jewish State in Israel’s capital. This policy, however, is not even-handed. Of the 50 embassies to the Palestinian Authority in Israel, seven, including the Vatican embassy, are located in Jerusalem.