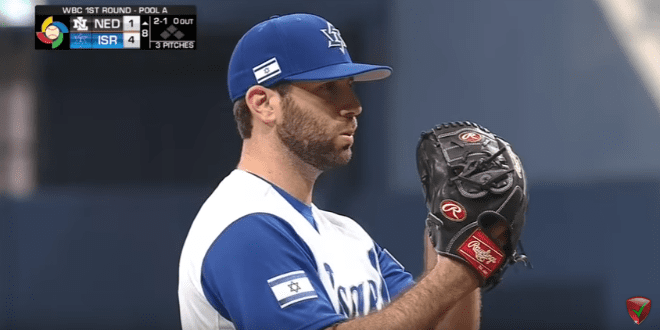 With its forces vastly outnumbered by Arab armies, Israel’s victory in the 1948 War of Independence was widely considered a modern-day miracle. The Jewish state shocked the world again in 1967 by significantly expanding its borders and reunifying Jerusalem during the Six-Day War.

Team Israel far surpassed expectations at the World Baseball Classic (WBC) in March, starting the international tournament with a four-game winning streak—including victories over baseball powerhouses South Korea, Taiwan and Cuba—before losses to the Netherlands and Japan ended its run.

Israel’s squad, comprised of Jewish Americans who are eligible for Israeli citizenship, garnered significant attention from major mainstream media outlets. ESPN ran a feature article dubbing Israel’s the “Jamaican bobsled team of the WBC,” given its current underdog story. The New York Times ran with the headline, “With Mirth and a Mensch, Israel Upsets South Korea in WBC,” referring to the team’s mascot, the popular plush Hanukkah toy Mensch on a Bench.

Israel has experienced decades of bias and disproportionate criticism from the United Nations, but the nascent Trump administration—under the leadership of Ambassador to the U.N. Nikki Haley—is vowing to chart a new course for the world body’s culture on the Jewish state.

During her speech at March’s AIPAC policy conference, Haley described herself as the U.N.’s “new sheriff in town” and declared “the days of Israel-bashing are over.”

Haley, who in April assumed the U.N. Security Council’s rotating monthly presidency, has promised to refocus the council away from the Israeli-Palestinian conflict.

“The incredibly destructive nature of Iranian and Hezbollah activities throughout the Middle East demands much more of our attention. It should become this council’s priority in the region,” she said April 20.

In the latest and largest coup for Israel’s “start-up nation” reputation, the American high-tech giant Intel in March agreed to buy Israeli vision technology developer Mobileye for $15.3 billion. Intel hopes the acquisition helps it rise to the forefront of the rapidly expanding self-driving car market.

Prime Minister Benjamin Netanyahu said the Intel-Mobileye deal would lead to the creation of “thousands of additional jobs” in Israel.

A nearly nonexistent inflation rate and low unemployment helped propel Israel to the No. 3 spot on a list of the world’s most stable and promising economies for 2016, published by the Bloomberg financial news agency this month.

Also this month, a report by Bank of America Merrill Lynch deemed the Israeli economy “on a robust recovery path with growth rates running at 3 to 4 percent levels,” noting that the Bank of Israel was “defying gravity” by checking the appreciation of the shekel against the dollar.

Government ministers from Israel, Cyprus, Greece, Italy and the European Union this month agreed to advance the creation of the world’s longest gas pipeline, running 1,200 miles undersea between Israel and Italy.

The pipeline—which will cost upwards of $5.5 billion and is slated for completion by 2025—is expected to significantly increase Israel’s natural gas export potential and strengthen the Jewish state’s position as an emerging energy powerhouse in the Mediterranean.