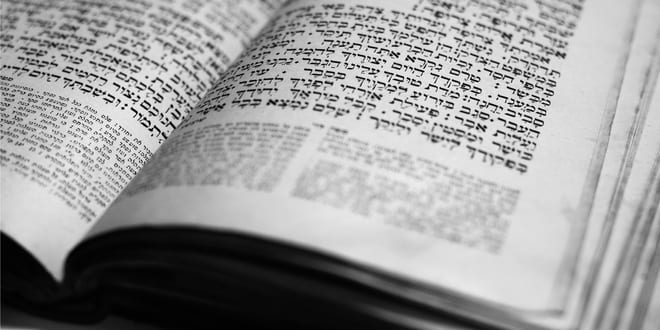 For the first time in over a century, a one-volume Orthodox Jewish prayer book (siddur–   סדור in Hebrew) has been printed in Germany. This siddur includes all of the daily and holiday prayers along with a contemporary German translation, explanations of the prayers and Jewish instructions for proper prayer. The siddur was intentionally launched in time for Holocaust Remembrance Day, April 24.

“The fact that specifically here [Germany], in a place where they attempted to exterminate European Jewry, there is now a vibrant, active Jewish community, as manifest by the publication of one of the most prominent and basic Jewish works in the German language, attests to the spiritual force and power of humanity, and of the Jewish nation in particular,” said Berlin’s Rabbi Yehuda Teichtal, founder of the Jewish publishing house, Juedisches. “The prayer book is its first publication. I sincerely hope that this will be a source of inspiration and message of unity to a younger generation.”

A siddur contains the morning, afternoon and evening prayers as well as special prayers for Shabbat, Rosh Chodesh (the new Hebrew month) and Jewish festivals.

“The word siddur comes from the Hebrew root סד״ר‎‎ (Hebrew letters samech, dalet, reish) meaning ‘order’,” explained Roni Segal, academic adviser for The Israel Institute of Biblical Studies, an online language academy, to Breaking Israel News. “Though prayer is a Biblical requirement, the sages saw fit to formalize and fix its structure during the Talmudic period between 200-500 CE as the Jews had already been exiled from the Holy Land and they recognized the need to ensure the continuity of Jewish prayer.”

However, it wasn’t until the Middle Ages that the texts of prayers were permanently fixed  in the form in which they are said today. “Of course, God hears every prayer said with devotion, love, reverence, and sincerity,” continued Segal. “But, in Judaism, communal formal prayer is considered a beloved offering to God.”

Though there are numerous prayers in every siddur, three are considered the most important.

The first is the declaration of the Oneness of God, known as the Shema (Deuteronomy 6:4):

“Hear, O Israel: HaShem our God, HaShem is one.”

The third is the “standing prayer”, known in Hebrew as the Shemoneh Esreh or the Amidah prayer. Though not directly sourced from the Bible as the others, this prayer is ascribed to the Great Assembly in the time of Ezra the Scribe at the end of the Biblical period, around 457 BCE.

The oldest known siddur was prepared by hand in Babylon 1100 years ago at the request of the Jews in Barcelona, Spain. It was so popular that it was hand copied and used also by the Jews of France and Germany. Ironically, it was formally printed for the first time in 1865 in Warsaw, Poland, an area hard hit during the Holocaust.

“For hundreds of years, one of the main ways of commemorating the tribulations in Jewish history was through prayer,” continued Rabbi Teichtal. “This year, I’m certain that reciting the prayer ‘Almighty, Filled with Compassion,’ in memory of the six million who were murdered in the Holocaust, will evoke great emotion in me, because I will be reciting it along with the contemporary German translation as appears in the new prayer book.

“I feel that one way to encourage the younger generation to join us in remembering and honoring the past is by linking memories of the past to a revitalized movement of Jewish spirituality.”

To find out more about Hebrew, please visit here.