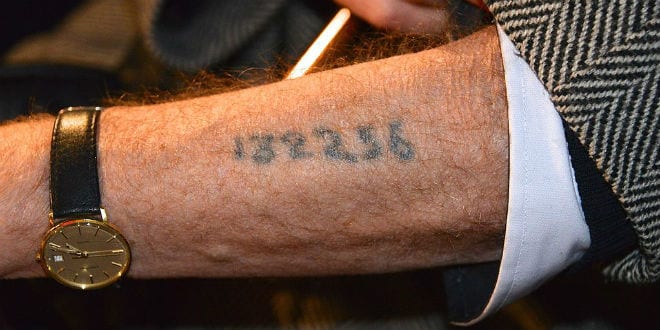 A new global campaign titled “We Remember, We Act,” is seeking to change how Jews and others commemorate Holocaust Remembrance Day, urging people to move from memory to action to aid the world’s poorest Holocaust survivors in their final days.

With the approach of Yom HaShoah (Holocaust Remembrance Day), April 24, the International Fellowship of Christians and Jews has launched a campaign urging Jews and Christians everywhere to radically change how they view and mark the day, pivoting from memorializing the Holocaust’s victims, to also acting by providing the living survivors with their basic needs in their final days. The Fellowship is launching an annual campaign to raise $15 million for each of the next five years to help the poorest survivors, in Israel and the FSU.

“We must move quickly from memory to action to provide a measure of dignity to these Holocaust victims who are living their last days in crippling poverty,” said The Fellowship’s founder and president, Rabbi Yechiel Eckstein. “We must remember the past. But we also must act now.”

Hollywood mogul Haim Saban announced he is donating $1 million to the effort. “It is a privilege for me to help these poor, elderly survivors,” Saban said. “I urge others to join us. We must remember – but we must also act now.”

Complicating the survivor crisis in the FSU is the fact that they were not in German concentration camps or ghettos during the war, and as a result do not receive aid from the Claims Conference.

The Fellowship, which raises most of its funds from Christians, provides 110,000 survivors and other poor, elderly Jews in the FSU with $15 million annually in food, medical assistance, home care and winter aid, and more than $7.3 million annually to more than 18,000 survivors in Israel. But The Fellowship says that more than 150,000 other Holocaust survivors and refugees in the FSU are not being reached at all, because of a lack of funds from the American-Jewish community.

“Of course it’s profoundly important that we remember and memorialize the past. But we must also fulfill our moral obligation to the dwindling number of survivors who are living in the most unspeakable poverty,” Eckstein said.

The Fellowship’s campaign features a dedicated fundraising web page and a Facebook video focusing on the story of one poor survivor in Ukraine, whose plight exemplifies the struggle so many survivors face.