Devout Christian Killed in Jerusalem by Terrorist After Good Deed 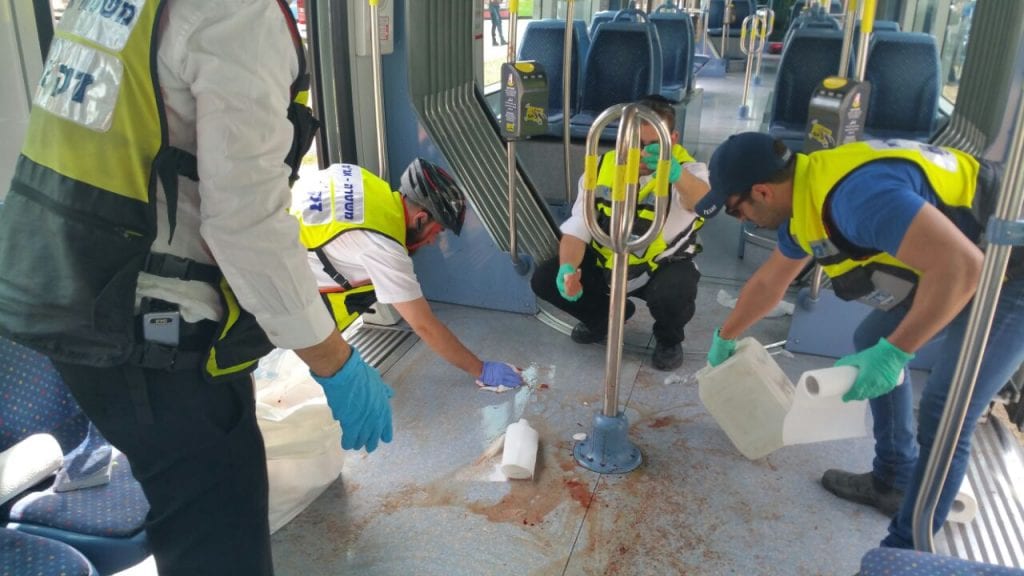 Despite 3,500 security personnel in Jerusalem for the Christian and Jewish holidays, a Palestinian terrorist stabbed a 20 year old British female to death on Jerusalem’s light rail train.

Jamil al-Tamimi, a 57-year old Arab resident of Jerusalem from the Ras al-Amud neighborhood, began the attack around 12:45 Friday afternoon inside the train near the Jaffa Gate, stabbing Hannah Bladon in the chest several times. An off-duty policeman pulled the emergency brake and subdued Tamimi. A pregnant woman in her early 30’s and a man in his 50’s were also injured in the attack.

Moments before the attack, Bladon had given up her seat on the train to a woman with young children, putting herself next to the attacker.

“The suspect was taken to Jerusalem’s police headquarters for questioning, where it was confirmed that it was a terrorist attack,” Police spokesman Micky Rosenfeld.

Terrorist who carried out knife attack is from Rasal amud in his 50s. Arrested by police at the scene. Woman in 20s in critical condition. pic.twitter.com/CMi91hvnOp

Bladon, a devout Christian and only child, was an exchange student from the University of Birmingham, where she studied theology. She began studying Bible, archaeology, and religion, at the Rothberg International School at the Hebrew University in Jerusalem in January. She also studied Hebrew. Bladon was scheduled to complete her studies in Jerusalem and return to Britain this summer.

Tamimi has a long history of mental illness, including an attempt to commit suicide earlier this year, He was guilty of sexually abusing one of his daughters. He was returning from a mental hospital in the north when he attacked Bladon. He told investigators he attacked Bladon in hopes that the soldier standing next to her on the train would shoot and kill him.

Prime Minister Benjamin Netanyahu responded to the attack with a statement, saying that “Radical Islamic terrorism is striking capitals around the world. This time it struck Jerusalem. In the name of the entire People of Israel, I send my condolences to the victim’s family.”

“A Palestinian terrorist murdered in cold blood a 23-year-old student, a British citizen. In the name of all the People of Israel, I send my condolences to the family of the victim.”

Finance Minister Moshe Kahlon sent condolences to the bereaved family and released a statement blaming terrorism. “We see that Islamic terrorsm is striking main cities around the world, including in Jerusalem, our capital. In this holiday of liberty [Passover], our security forces will hunt down and arrest the terrorists, those who send them and the agitators,” he said.