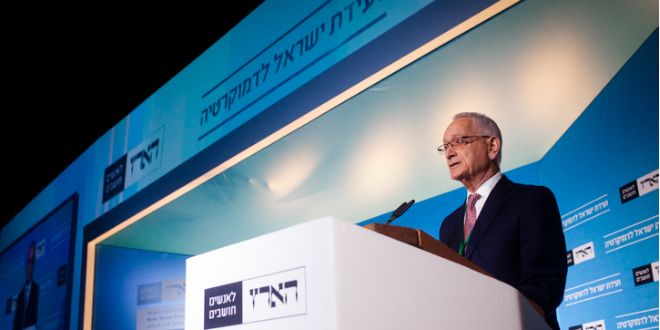 Haaretz newspaper became the focus of widespread criticism for publishing an ope-ed article on Wednesday that called religious Zionists, “more [dangerous] than drivers in car-ramming attacks”.

“The national religious are dangerous. More dangerous than Hezbollah, more than drivers in car-ramming attacks or kids with scissors. The Arabs can be killed, but they cannot. What do they want? To rule the country and cleanse it of Arabs.”

“I have more in common with the Eskimo of Alaska than with all the [national-religious leaders] and everything they represent”, Klein wrote.

“I don’t understand the excitement (Pavlovian, I must say) from the Yossi Klein’s article, when it is similar to something I said six years ago”

Shocken was referring to an op-ed he wrote in 2011, in which he referred to Jews living in Judea and Samaria as creating an illegal apartheid state and ethnic cleansing. He said that their participation in politics was “undemocratic”.

Despite Shocken’s dismissal, some accommodations were made. The title of Klein’s op-ed was changed from “More Dangerous than Hezbollah” to “Our so-called Righteous Elite”, and the word “killed” was changed to “neutralized”.

The inflammatory article earned the ire of no less than Prime Minister Benjamin Netanyahu, who called on the newspaper to issue an apology.

“The article in Haaretz is disgraceful,” Netanyahu wrote on Facebook late Wednesday. “The national religious community is the salt of the earth, their sons and daughters serve in the army and national volunteer service for the state of Israel and the security of Israel. I am proud of them like the rest of the country’s citizens. Haaretz needs to apologize.”

“Not national religious, or leftists, or Arabs or any other group deserves a writer making an abusive, stupid accusation like this,” he wrote on Facebook. “Before it ends in blood, Haaretz, stop.”

“When you think that Haaretz has reached its peak of shame, it always manages to surprise with a new low,” Bennett tweeted.