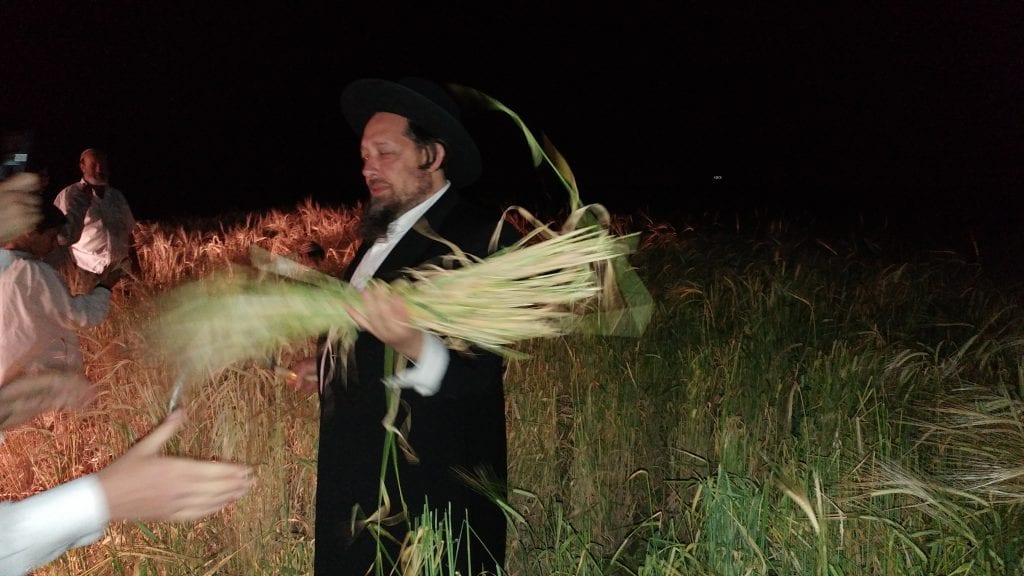 As soon as Passover ended, entire families, men women and children, gathered in a field in the Negev to harvest barley that would be used the next day by priests to  recreate the omer offering of barley. The barley was prepared according to Torah law and presented as a wave offering in Jerusalem by priests in a ceremony that closely resembled what was once seen every year in Solomon’s Temple.

The Temple Institute, the Women of the Temple, and the Nascent Sanhedrin came together to organize this communal offering. An omer is a sheaf of wheat gathered in the field. On the night of the 16th of Nisan, after Passover ended, the participants went out to the fields of Kibbutz Ruchama in the Negev to harvest the barley. The sheaves of grain were brought to Jerusalem where it was beaten, the chaff removed,  and sifted through 13 sieves. Finally, the grains were roasted and ground into a coarse meal. Olive oil, specially prepared for temple use, was added, along with frankincense.

The omer offering is a grain sacrifice wave offering, brought in the temple in Jerusalem. A Kohen of the priestly caste recreated this offering at a model of the altar erected for this purpose. A handful was then scooped out and burned. In the Temple, a male sheep was brought as a burnt offering, but this was not done at the reenactment.

After this offering is brought, the new grain is permitted to be eaten. The leftover of the sacrifice are kept by the priest and is listed as one of the twenty-four priestly gifts.

As Passover ends, Jews begin counting 50 days until the holiday of Shavuot, when two loaves made from the barley are brought to the Temple as an offering.