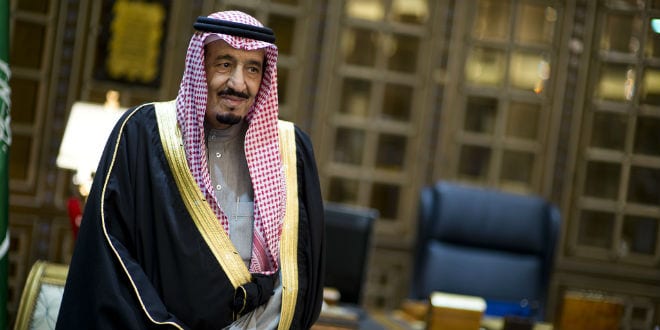 It was interesting to note this weekend which Arab states supported the US missile attack on Syria and which condemned it. As it turned out, the support of Arab governments for the US move had to do with their position vis-à-vis Iran – although none of them mentioned the Islamic Republic by name.

Naturally, Iran itself was irate at the attack. First Vice-President Eshaq Jahangiri condemned it, arguing that such behavior will “certainly pave the way for reinforcing extremism in the region.” And the Chief of staff of Iran’s Armed Forces Major General Mohammad Baqeri, speaking to his Russian counterpart General Valery Gerasimov on Saturday, also condemned the US operation against Syria, calling it a decisive violation against an independent state

But Iran’s neighbors, near and far, were ecstatic about the attack and made sure to tell the leader of the free world.

Saudi Arabia’s King Salman bin Abdulaziz Al Saud, a.k.a. Custodian of the Two Holy Mosques, on Friday called President Donald Trump, to congratulate him on his “courageous decision which came in the interest of the region and the world,” the Saudi Press Agency reported.

According to SPA, Trump briefed the King on “the details of the military operation carried out by the United States against specific military targets in Syria.”

Kuwait on Friday also expressed support for the US strikes against Syrian military bases from which chemical attacks had been launched against Syrian civilians in suburban Damascus.

The Kuwaiti Foreign Ministry said in a statement: “The State of Kuwait, while affirming its emphatic rejection and robust condemnation of using various weapons of mass destruction including chemical arms, expresses its support for the military operations carried out by the United States of America targeting bases from where the chemical attack on the innocent in Khan Sheikhoun, Idlib, was launched claiming hundreds of victims and injuries particularly among women and children.”

The statement noted that the US operation had been carried out as a result of inaction on part of the international community to put an end to the tragedy of the Syrian people.

The Gulf Cooperation Council (GCC) of member states expressed their own strong support for the military operations against Syria. GCC Secretary-General Dr. Abdullatif bin Rashid Al-Zayani said that the GCC states hope that this missile strike will deter the Syrian regime from continuing its barbaric attacks on the Syrian people, and its continued violations of international laws, including the use of mass destruction weapons against unarmed civilians without conscience or fear of punishment.

Jordan’s Minister of State for Media Affairs and Communications Mohammed Momani said in a statement Friday that the Syrian regime’s chemical attacks have been inhumane and heinous, triggering wide international reactions, the last of which was the US missile strike.

“Jordan considers the strike as a necessary and appropriate response to the non-stop targeting of innocent civilians with WMDs and committing crimes against humanity,” the Jordanian minister said.