Are Jews Indigenous to Israel?

Home » Are Jews Indigenous to Israel? 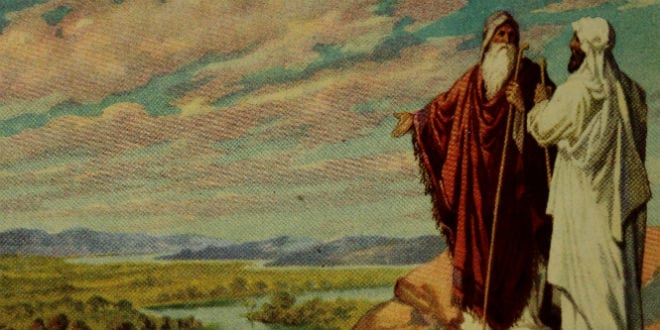 At a pro-Israel conference last week, one of the most powerful voices came from an advocate for the Métis Indians, who sees the central issue of the the Jews and his people as being one and the same: indigenous rights.

In an interview at the American Israel Public Affairs Committee (AIPAC) conference in Washington, Ryan Bellerose, a Métis from the Paddle Prairie Métis settlement in Canada’s Alberta province, framed the Israeli-Palestinian conflict in terms drawn from a deep understanding of indigenous identity.

He pointed out that the etymology of the word “Palestinian” translates to “invader from the sea.”

“Even their own word tells you that that’s not where they’re from.”

The issue that has stymied statesmen for years is quite clear when viewed from Bellerose’s unique perspective.

“When you go on the Palestinian website for tourism, and they talk about their two million years of history, it doesn’t take a rocket scientist to figure out that maybe they are not telling the truth,” he told his interviewer.

It was Bellerose’s advocacy for his people that first led him to be equally passionate in his support of Israel. In fact, Bellerose holds the story of the modern Jewish State as an example of hope for the Métis.

“The Jewish return from exile is singular in history and a great inspiration for my people,” Bellerose told Breaking Israel News. “No other exiled people has returned or maintained such a cohesive identity like the Jews did. Even though the Métis are still in Canada, we are further from our homeland than the Babylonian Jews were from Israel.”

Like the Jews’ Biblical claim to the Land of Israel, Bellerose cites a spiritual aspect to the concept of indigeneity.

“The religious argument is implicit in the indigenous argument,” Bellerose said. “A truly indigenous people, Jews and Métis, have religious ties to the land. Like the Jews, we have spiritual ties to our sacred sites. But the secular reject that aspect and only accept a non-religious definition of indigenous.”

In his role as Bnai Brith Canada’s Advocacy Coordinator of their League of Human Rights, Bellerose recognizes the commonalities between Jews and Indians. “We are both indigenous, and we can help each other.”

He pointed out that the Jewish people represent the most successful native population in the world. “If I am looking for someone to help navigate the issues of being a native people, I prefer to model my cause after the Jews, who have overcome great obstacles to accomplish so much.

“The Arabs have espoused a narrative of being the perpetual victim and terrorism as the mechanism to bring autonomy, which is not a strategy that leads to success. And the Israeli narrative is based on truth.”

Bellerose also acknowledged the bitter truth that pro-Palestinian advocates do not take up the cause to protest serious threats to the population, like inter-Arab mistreatment, but as “an excuse to hate on Israel.”

Anti-Israel groups have attempted to preach to the Métis, expecting to find solidarity with a marginalized people, but they were “expressing a one-sided narrative not based on truth,” Bellerose told Breaking Israel News.

He also expressed concern over liberal attitudes towards Israel, explaining that a moral mindset which “used to mean being open-minded and intellectually flexible” now means a community which is “dogmatic and follows the mainstream.”

Liberal defense of the Palestinian cause is absurd, he explained, because “the pro-Palestinian movement is not pluralistic. The Palestinians have appropriated every other liberal cause they come in contact with. That concerns me. I don’t want to connect with that and have my cause subjugated.”

He concluded that Palestinians, while attempting to take on the narrative of an oppressed people colonized by white Europeans, actually occupy the opposite position. “The Palestinians are colonizers. They stole the land and now try to pass themselves off as indigenous, but that is a lie.”