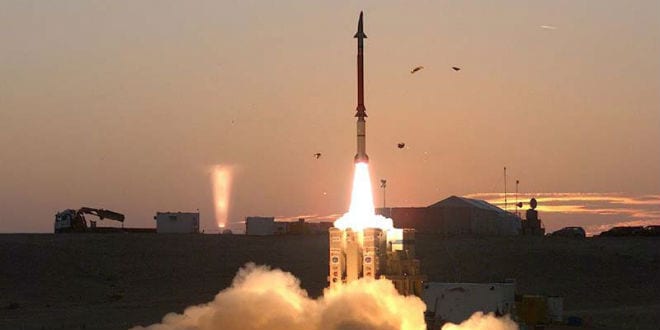 “This afternoon, the David’s Sling missile defense interceptor will become operational,” Netanyahu said. “This is important news; all of Israel’s citizens experienced the important achievement of the Iron Dome system against short range missiles in the last Gaza campaign.”

David’s Sling is meant to bolster the second tier of Israel’s theater missile defense system. The two-stage radar and electro-optic guided system’s range is three times that of Iron Dome.

“Of course, we also developed the Arrow system against strategic long-range missiles, as well as other systems,” Netanyahu said. “David’s Sling acts in the intermediate range and is of great importance to Israel’s security. I would like to commend the people at the Defense Ministry, the IDF, the R&D people and everyone who worked to make this system operational. We are defending the home front.”