Israeli Teen Arrested for False Bomb Threats Around the World 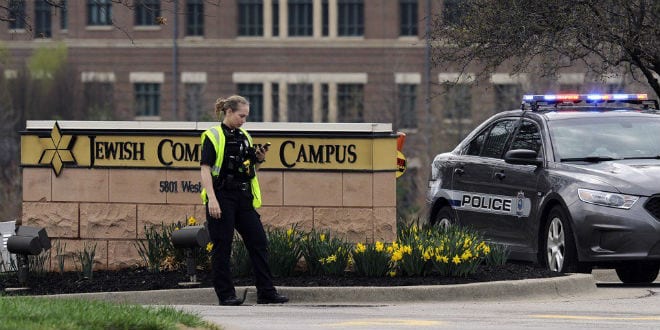 The Lahav 433 Investigative Police Unit arrested on Thursday morning a 19-year-old resident of southern Israel on suspicions of extortion, threats to violence, and publication of false bomb threats against Jewish institutions around the world aimed at spreading fear and panic.

The investigation, which lasted for months, dealt with institutions in several countries receiving “threat calls” on alleged suspicions of explosive bombs in public places and civilian companies, causing panic and disruption of normal activity which resulted in significant economic damage and disturbances of public order.

The calls also led to urgent evacuation of civilians at a number of public sites and institutions throughout the world, and even the cessation of air operations by a specific airline which triggered an emergency landing.

The international covert operation, in cooperation with FBI representatives who arrived in Israel as well as other police organizations around the world, used internet and web technologies to research the concentration of events and analyze them at the National Cyber ​​Center of the Israel Police.

This was successful despite the fact that the suspect carried out the “threat talks” using advanced camouflage technologies against other countries, including Australia, New Zealand, and the United States, from inside Israel.

This arrest follows on the heels of alarming numbers in the United States regarding menaces to Jewish organizations. In the first weeks of 2017 alone, at least 90 bomb threats were called in to Jewish community centers across the country.

The police seized all technological means in the suspect’s possession, before he was brought in for questioning at the Lahav 433 Unit’s offices. His hearing in front of the Rishon LeZion court is scheduled for Thursday afternoon. It remains unsure whether the suspect acted alone or if he had accomplices.