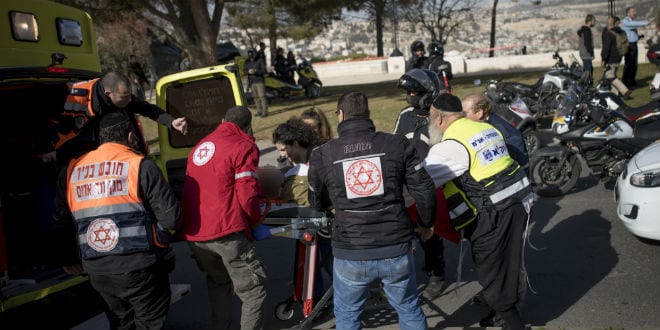 The Israel Security Agency (Shin Bet) predicted on Monday that Hamas and other groups may attempt to ramp up attempted terror attacks in the days leading up to the Passover holiday.

“The relative calm we have experienced [over the past year] is deceptive, intoxicating, and illusory,” said Shin Bet Director Nadav Argaman during a Foreign Affairs and Defense Committee hearing.

“The terrorist organizations, especially Hamas and Islamic Jihad, try to carry out terror attacks inside Israel every day and we are operating day and night to prevent them.”

2016 began with a de-escalation in the security situation, largely attributed to the deterrence created by anti-terror operations to ramp down the wave of terror that began in October, 2015. There were 214 terror attacks in January and February, 2016, compared to hundreds of attacks in October, 2015 alone. Seventeen civilians were killed and 149 wounded in terror attacks during 2016, compared to 20 killed and 188 wounded in 2015.

But Argaman also said that despite the drop in the number of attacks and disturbances last year, the Shin Bet recorded an increase in “significant” attacks, indicating that many young Palestinians still consider terror to be the best method of bringing about regional change.

Although “lone-wolf” terrorism has been the most visible terror phenomenon, the security agency also recorded an increase in the number of independent terror cells. The Shin Bet director cited the development of advanced surveillance techniques capabilities for the agencies improved ability to detect and detain individual terrorists before they strike.

Here again, the numbers are striking: 1035 Hamas activists were arrested and 114 local Hamas cells were dismantled before they could carry out a terror attack, compared to 70 cells in 2015. Argaman warned that Hamas could try to inflame tempers and encourage terror attacks in Judea and Samaria in order to deflect attention from the group’s strategic challenges in the Gaza Strip while also implementing its guiding principle of terrorizing Israel.

Argaman contended that Hamas was significantly damaged by Operation Protective Edge in 2014, meaning the group is ill-prepared to battle Israel at present. In addition, dissatisfaction with Hamas’ decade-long rule leadership in Gaza, especially over the use of humanitarian aid for military projects, is widespread. Yahya Sinwar, known as the founding member of the Hamas military wing who spent 20 years in an Israeli jail, was chosen to lead the group in secret elections in mid-February.

The discontent has also translated into increased popularity of dissenting factions such as militant Salafists, some of which are aligned with the Islamic State. These groups have ostensibly been responsible for rocket attacks against Israel in recent months, increasing tensions with Israel against Hamas’s wishes.

Conversely, Argaman argues that December’s Fatah conference demonstrated a reinforcement of Abbas’s position as the leader of the Palestinian Authority and that he is currently in stand-by mode as he awaits a more coherent policy to be articulated by the Trump administration.