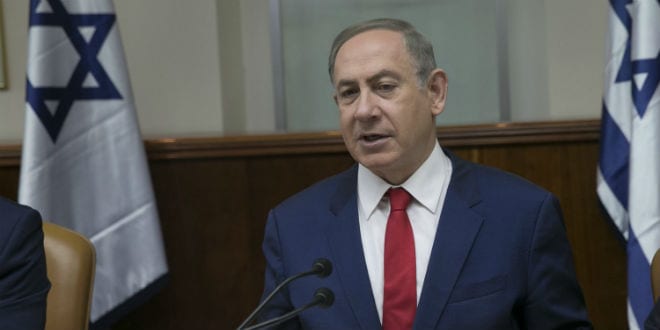 President Reuven Rivlin and Prime Minister Benjamin Netanyahu departed for state visits to Asia as part of Israel’s ongoing nurturing of economic and political ties in the far east.

Netanyahu will arrive in China at the invitation of Chinese President Xi Jinping to mark the 25th anniversary of diplomatic relations between the two countries. The Prime Minister will also meet with his Chinese counterpart, Li Keqiang.

The visit will stress the continued deepening of economic cooperation with second-largest economy in the world, with Netanyahu scheduled to meet the leaders of China’s largest corporations, each one with turnovers of tens of billions of dollars. The prime minister is also expected to sign a series of economic agreements to bolster import and export between the countries, industrial and research cooperation between Chinese and Israeli companies, aviation, education, bringing Chinese construction workers to Israel, science, health, environmental protection and a multi-year plan for a task force on strengthening bilateral economic ties.

At the same time, President Rivlin will visit Vietnam, also with a delegation of Israeli business leaders headed by President of Israel’s Manufacturers’ Association, Shraga Brosh, and a further delegation of heads of Israeli defense industry firms, led by Director General of the International Defense Cooperation Directorate of the Israel Ministry of Defense Brig. Gen. (res.) Michel Ben-Baruch.

“I am departing now on an important visit to Vietnam,” said President Rivlin, “this visit represents an expression of the growing friendship between our two countries… We see in Vietnam a county leading Asia, and we are following with appreciation their impressive economic growth. Security and economic cooperation between us will promote this prosperity and growth of both countries, and will contribute to the stability to each of our regions.”

The President continued, “I believe that cooperation between Israel and Vietnam can contribute to the advancement and improvement of the lives of many. Together we can promote food security, agricultural advancements, water technologies, education, health, hi-tech, and cyber. We hope that over the course of this visit we will be able to advance in a very significant way efforts toward the signing of a free trade agreement between Israel and Vietnam, and to the strengthening of the firm friendship between our peoples.”

President of Israel’s Manufacturers’ Association, Shraga Brosh, added, “I am grateful to President Rivlin for including this prestigious business delegation in his visit to Vietnam. I am sure that this visit will promote trade with Vietnam, open doors, and strengthen the economic ties between the countries.”