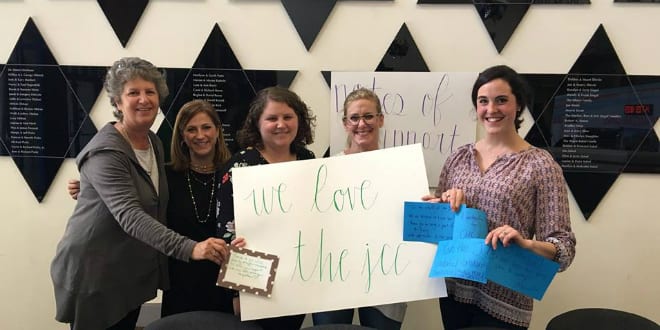 Several Evangelical ministries in Alabama have joined together in an effort to raise $100,000 to protect the Levite Jewish Community Center (JCC) in Birmingham. The money will go towards improving security at the JCC that has been the target of four bomb threats recently. Each bomb threat results in evacuating the building and a search of the building. Security upgrades are estimated to cost approximately $1 million.

The ministries involved so far include Scott Dawson Evangelistic Association, The Center for Executive Leadership, Young Business Leaders, Lifework Leadership, JH Ranch, Alliance Ministries, and the National Christian Foundation of Alabama.  Several churches have pledged $5,000 to $10,000 towards the effort.

“We want to help in any way we can,” Scott Dawson, founder of Scott Dawson Evangelistic Association, told AL.com. “It just seems like the right thing to do. I think we can raise $100,000. I’m trying to get pastors to take up an offering to help them.”

125 of the 200 children in the JCC’s preschool program are not Jewish, highlighting the manner in which the community is interconnected.

The threats are part of a nationwide wave of anti-Semitism. The JCC Association of North America reported that since the beginning of the year, there have been 69 incidents at 54 JCCs in 27 states and one Canadian province.

At a town hall meeting last week called to address this issue, Richard Friedman, executive director of the Birmingham Jewish Federation, told AL.com, “Today this place is the safest it’s been in 35 years. When you attack the Jewish Community Center, you’re attacking a Birmingham institution that represents the best of diversity. This has made the Jewish community stronger. The outpouring of support and solidarity has been unlike anything I’ve seen.”

Despite FBI efforts, there has been only one arrest in connection to the wave of bomb threats.