BDS Movement Suffers Setbacks in Israel and Around the World

Home » BDS Movement Suffers Setbacks in Israel and Around the World 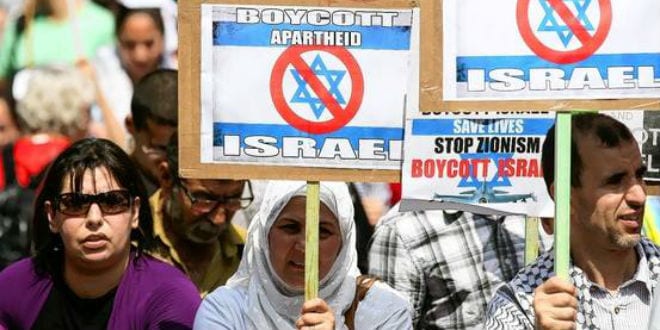 Israel’s Knesset last week passed landmark legislation against the anti-Israel Boycott, Divestment and Sanctions (BDS) movement, representing just one of several setbacks this month for BDS around the world.

The Israeli bill, which passed its third and final reading with a 46-28 vote, grants the interior minister authority to deny entry visas to non-Israeli citizens who actively support boycotts of the Jewish state.

Conveying the rationale for the anti-BDS measure, Member of Knesset David Amsalem (Likud), chairman of the Knesset Interior Committee, said that “if someone demeans me, I do not let them into my home.” Responding to critics of the legislation, Amsalem clarified that the new law is not intended to stifle free speech, but was implemented to combat anti-Semitism and enemies of the Jewish state. These opponents of Israel he said, “are not talking about boycotting only the settlements; they are talking about boycotting the state as a state, without any distinction. We are talking about anti-Semites here.”

One of the bill’s initiators, MK Bezalel Smotrich (Jewish Home), expressed similar sentiments, saying, “In recent years, a new anti-Semitic front has been initiated against Israel. Our enemies carry out a campaign to delegitimize and boycott Israel. Banning BDS supporters that come here to harm us from within is the minimum we can do against those Israel-haters.”

Left-wing Knesset members and several American Jewish organizations, including the Anti-Defamation League as well as the Reform and Reconstructionist movements, were highly critical of the new anti-BDS law. MK Tamar Zandberg (Meretz) said the law “is against freedom of expression” and “is meant to silence people.” The left-wing American Jewish lobby group J Street claimed the law “damages Israel’s democracy and helps the BDS movement.” The American Jewish Committee, a centrist group, said that it is “troubled” by the legislation.

Despite the controversy, Israel’s new anti-BDS law represents just one of several recent setbacks for the global BDS movement. Last week, the Republican-led New York State Senate passed its own anti-boycott legislation with an overwhelming 49-11 majority. The bill seeks to withhold state funding from any student group that engages in hate speech and actively calls to boycott Israel or other “allied nations.” The bill will now move to the State Assembly, where it is anticipated to encounter some opposition.

Much like Israel’s anti-BDS bill, the New York measure has come under scrutiny. The New York Civil Liberties Union and the pro-Palestinian group Palestine Legal asserted that the law unfairly denies public funding to students practicing constitutionally protected political speech. New York State Senator Todd Kaminsky (D-Long Island) responded to the bill’s critics by saying, “We don’t have to stand by and give taxpayer money to groups that sell such hate.”

Another victory against BDS on U.S. college campuses came at Ohio State University (OSU) last week. Three OSU students led a successful initiative against the anti-Israel group “OSU Divest,” which had petitioned to place a pro-BDS referendum on the student government ballot under the guise of a humanitarian initiative. The BDS petition was defeated in a 4,084-3,843 vote.

Also last week, Christian Imark—a member of the conservative Swiss People’s Party and deputy leader of the National Council, the lower chamber of Switzerland’s legislature—introduced a groundbreaking anti-BDS bill that passed in a 111-78 vote in the lower chamber. The legislation seeks to halt government funding of organizations that support BDS and contribute to the spread of anti-Semitism. The bill must now clear the legislature’s upper chamber, The Council of States, before it can be enacted into law.