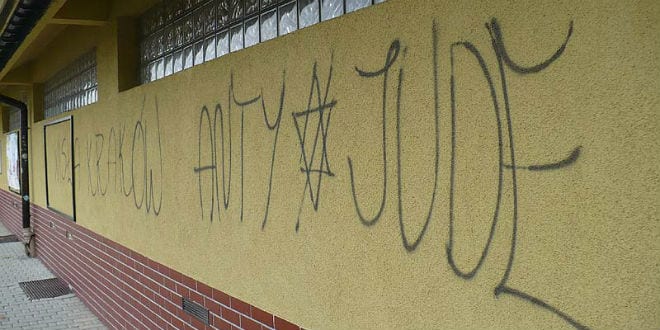 New York City saw a rise of 24 percent in hate crimes, the highest in more than a decade.

New York state had an increase of 20 percent in hate crimes.

Chicago had a rise of 24 percent in hate crimes, highest since 2010.

Cincinnati, Ohio, had a phenomenal jump in hate crimes by 38 percent.

Columbus, Ohio, saw an increase of close to 10 percent.

Seattle, Washington, saw an increase of 6 percent in “malicious harassment.”

The new hate crime report was conducted under the supervision of Criminologist and attorney Brian Levin, who is a professor of criminal justice and Director of the nonpartisan Center for the Study of Hate & Extremism at California State University, San Bernardino, where he specializes in the analysis of hate crime, domestic and international terrorism and related legal issues.

Levin wrote in The Huffington Post in late February that “Jews remain the most targeted faith community, both numerically and proportionally, accounting for 11.4 percent of all hate crime and 53 percent of all religious hate crime.”