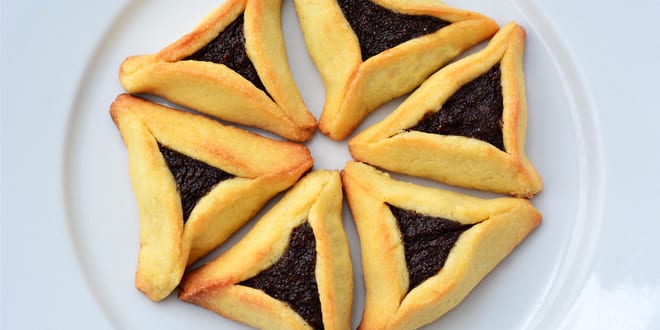 Ivanka Trump got into the Purim spirit on Friday by baking traditional cookies for the holidays, called hamentaschen, with her children. She posted a photo of the project on social media.

Captioning the picture, “After-school fun making hamentaschen for Purim with Arabella and Joseph,” the daughter of President Donald Trump, who converted to Judaism in 2009 prior to marrying her husband, Jared Kushner, is shown hovering lovingly over her two eldest children as they shape the triangular cookies and place them on baking sheets in the family’s kitchen.

After-school fun making hamentashen for Purim with Arabella and Joseph

Hamentaschen, classically filled with poppy seeds but today also made with dates, chocolate, or jelly, are said to represent the three-pointed hat worn by the villain of the Purim story, Haman. (In Hebrew they are known as “oznei Haman” – “Haman’s ears”.) Jewish teachings state the tradition to eat poppy seeds on Purim comes from Esther’s diet as queen; she was not able to eat the unkosher food at King Achashverosh’s palace, so she survived on beans and seeds.

In the weeks leading up to the festive holiday, Jewish families traditionally prepare the cookies together to enjoy on Purim or to give to friends in baskets of Purim goodies known as “mishloach manot.” In Israel, the appearance of the cookies in bakeries, markets and grocery stores marks the official start of the Purim season.

The Trump-Kushner family of five, including Arabella, 5, Joseph, 3, and Theodore, 1, is open about its observance and occasionally shares images of participating in Jewish practices on social media. The modern Orthodox family celebrates all Jewish holidays and keeps the Sabbath.

While Ivanka did not share her hamentaschen recipe, the sweet, crumbly treat is fairly easy to make. Fancy versions of the cookie involving all kinds of exotic flavors have been invented over the years, but the simple, traditional kind is always best.