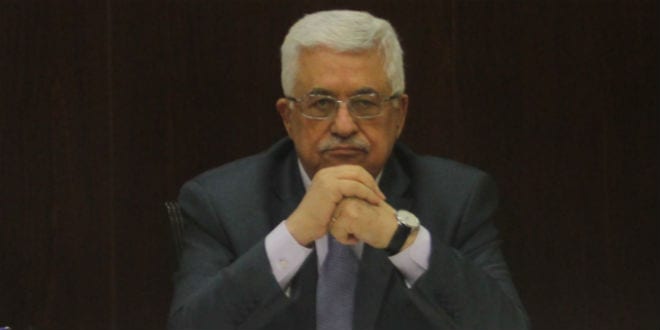 After two months of silence, President Trump and Palestinian President Mahmoud Abbas will speak for the first time on Friday, making Abbas the last Arab leader to connect with the new US President.

A White House statement on Thursday read, “Later in the morning, the President will speak with President Abbas of the Palestinian Authority (PA) by telephone.” The phone-meeting is scheduled to  take place Friday at 12:15 p.m. EST (7:15 p.m. Israel time).

Abbas will be the last Arab leader to connect with the new US president, who has already spoken with leaders of Egypt, Saudi Arabia, the United Arab Emirates and most of the other Arab countries. Trump has met with Jordan’s King Abdullah. In contrast, President Trump has personally known Israeli Prime Minister Benjamin Netanyahu for years, and the two met during Trump’s campaign. They also met last month, less than one month after his inauguration, and have spoken on the phone twice.

On Thursday, President Abbas met in Ramallah with 30 rabbis from the Union for Reform Judaism, who came to express support for the two-state solution. In his statement to the rabbis, Abbas condemned the Jewish communities of Judea and Samaria, while expressing a desire to strengthen the connection between the Palestinian Authority and the American Jewish community.

i24 reported that Rabbi Rick Jacobs, president of the Union for Reform Judaism, said following the meeting that they were happy to have met with Abbas, though they “did not agree” with everything they had heard.

“We pressed the president about the Palestinian Authority’s responsibility to stem anti-Israeli incitement. He acknowledged it was a real challenge, just as it is in Israel, and called for reviving the anti-incitement trilateral committee led by the US,” Jacobs said.