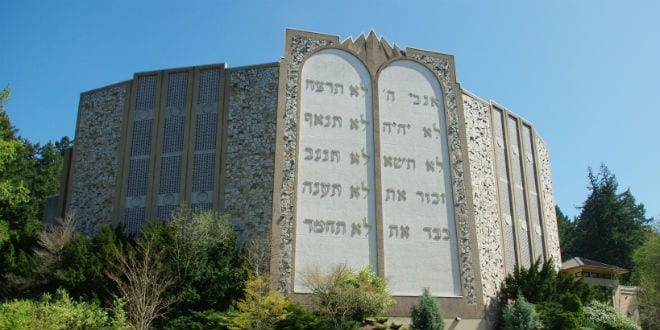 The umbrella organization of Conservative synagogues passed a resolution on March 1 allowing individual congregations to decide whether to admit non-Jews as members.

The resolution, the first of its kind in the Conservative movement, passed overwhelmingly with a 94-8 vote during a Special Meeting of the United Synagogue of Conservative Judaism (USCJ) General Assembly, JTA reported.

“USCJ, as a valued and trusted partner, is committed to assisting welcoming, vibrant, and caring Jewish communities to fully engage the spiritual gifts of all community members,” the resolution read.

“We celebrate the diversity among and within our kehillot (‘congregations’ in Hebrew) and encourage the engagement of all those who seek a spiritual and communal home in an authentic and dynamic Jewish setting.”

The resolution invoked a verse from the Book of Isaiah in support of its decision to allow non-Jews to join the ranks of Conservative congregations.

“We call on all of our kehillot to open their doors wide to all who want to enter,” it read. “Let us strive to make the words of Isaiah a reality in our time: “My House will be called a house of prayer for all people”. (Isaiah 56:7)

While the proposal originated as a way to further welcome intermarried couples into Conservative congregations, its wording makes clear that any non-Jew who feels moved to pray in a Jewish gathering is welcome.

The resolution does not grant universal permission to anyone who wishes to join a Conservative synagogue, but allows individual congregations to decide the matter.

However, the change does not mean that non-Jews will be considered Jewish by Conservative definition, Rabbi Steven Wernick, United Synagogue’s CEO, told JTA in January. Rather, the bylaw is meant to include non-Jewish members of the community only.

“What we’re trying to do with this is distinguish between community and covenant,” Rabbi Wenick said.

The USCJ emphasizes that the move is meant as a way to bridge the gap between age-old traditions and modern societal changes.

“We’re living in a moment when paradigms are shifting, so the anxiety is very real, and the questions that come out of these paradigm shifts are also very real,” Wernick said. “Our job is to frame the questions and help our network navigate through this moment in history.”