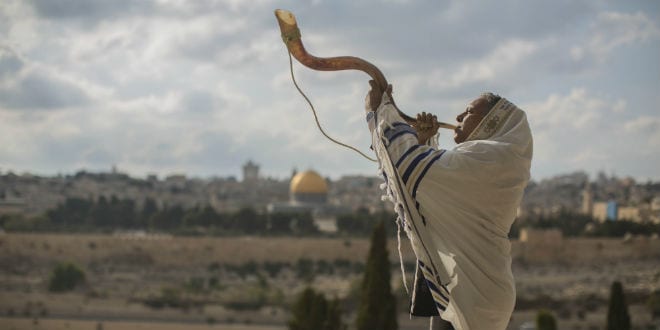 The necessary rectification of the world that must precede the arrival of Moshiach (messiah) is 98 percent complete,  announced international lecturer and Torah scholar Rabbi Mendel Kessin recently. He made this claim during the first half of a two-part lecture which was delivered in a packed synagogue in Jerusalem.

He began by revealing what he termed “The Divine Plan”, explaining how God intended to rectify the world to prepare for redemption and why His original plan changed after 2000 years.

“In the original plan of Creation, the one to do tikkun, which means to rectify creation, to dematerialise the universe, originally God wanted mankind to do the job. Not Jews. Mankind,” explained Rabbi Kessin.

The job of tikkun (literally, “fixing”), which was first assigned to Adam in the Garden of Eden, was to elevate physical existence into spiritual existence, the rabbi went on. “We need to create, or retransform, a physical universe into a spiritual universe. That ultimately becomes Olam Haba (The World to Come) and that’s the world we will exist in for eternity. That’s the purpose of man. To remove the physical barrier in order to make this universe spiritual.”

However, after 2000 years without success, God reassigned the task of tikkun from mankind globally to the Jews specifically and gave the Jewish people three strategies, what Rabbi Kessin called “tikkun devices”, to accomplish the job.

The first tikkun device that God gave to the Jewish people in order to help them transform the lower physical world into a higher spiritual world was mitzvot, the 613 Biblical commandments. These are the rules, such as keeping the Sabbath, eating only kosher food and avoiding evil speech, that govern Jewish behavior in all circumstances.

“God decided that He’s going to give us a commandment and when you observe that commandment, you will therefore dematerialise the universe,” taught Rabbi Kessin.

Knowing that all Jews would not keep the mitzvot at all times in history, God created a second tikkun device, which he called teshuva (repentance). Teshuva is a tool Jews have to undo their sins and return to God after they sin.

However, knowing that not all people would do teshuva, God created a third tikkun device, called yesurin (suffering). “Suffering isn’t really retribution for some sin you did,” the rabbi elaborated, but a way of diminishing the physical and elevating the spiritual, which is the work of rectifying the world.

For the purposes of preparing the world for the Messiah and redemption, suffering includes personal problems such as poverty, sickness, loss and so on. It also includes national suffering inflicted upon the Jewish people, such as persecution, exile and anti-Semitism, Rabbi Kessin continued. Millennia of Jewish suffering, along with Jews who have done God’s will in the form of mitzvot and teshuva, have helped bring the world to a state of 98 percent readiness for the Messiah today.

What is the purpose of all of this preparation? According to Rabbi Kessin, all of human history has been about preparing the world to receive God’s goodness. “God created the universe to bestow an infinite amount of goodness on a human being… What God wants is that you should be attached to Him.”

For humans to be attached to God is, as Rabbi Kessin explains, the endgame of the redemptive process. Today, humanity is closer than ever to achieving that closeness.