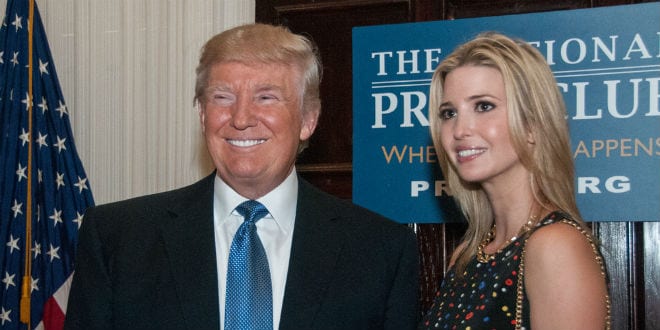 President Donald Trump spoke out directly against anti-Semitism for the first time on Tuesday, telling MSNBC that the worsening phenomenon is “horrible” and vowing that “it’s got to stop.”

His condemnation, which Jewish and rights groups have been urging him to make for months, followed a White House statement strongly denouncing violence against religious institutions in response to the wave of recurring bomb threats against Jewish community centers (JCCs) throughout the country.

The statement, originating from Press Secretary Sean Spicer, declared that “hate-motivated violence” is “unacceptable.” It came in reply to a query from reporter Peter Alexander, who requested a comment after 11 JCCs were targeted with the hoax threat earlier in the day.

Alexander’s request followed an incident at last Thursday’s press conference in which an Orthodox reporter drew the president’s attention to the dozens of bomb threats made against Jewish centers in the last month and asked for the administration’s response.

“What we are concerned about and what we haven’t really heard being addressed is an uptick in anti-Semitism and how the government is planning to take care of it,” said the reporter, Josh Turx, from the Jewish publication Ami Magazine. “There’s been a report out that 48 bomb threats have been made against Jewish centers all across the country in the last couple of weeks.”

Though Turx had been careful to precede his question with a reassurance that he hadn’t heard anyone in the Jewish community accuse Trump of being an anti-Semite, the president seemed to take the question as just that. He responded by calling Turx dishonest and the question “insulting.”

Turx later defended Trump’s response, but organizations such as the Anti-Defamation League (ADL) and the American Jewish Committee scolded Trump’s dismissal of the reporter and the question.

Perhaps in atonement, the administration was quick to respond to another journalist’s request for comment on the same subject.

BREAKING: @PressSec responds to my request for comment about wave of threats to Jewish community centers. @NBCNews pic.twitter.com/2Yq9atnAmt

While the statement did not directly address the bomb threats against Jewish establishments – at least 48 different JCCs in 27 states have received nearly 60 threats in the last month – it was clearly implied that the incidents were included in the general condemnation.

Also on Tuesday, First Daughter Ivanka Trump, who is Orthodox, spoke out against the incidents in a tweet which called for “protecting houses of worship and religious centers.”

America is a nation built on the principle of religious tolerance. We must protect our houses of worship & religious centers. #JCC

In another anti-Semitic incident, reported on Monday, over 100 headstones at a Jewish cemetery near St. Louis, Missouri were vandalized and damaged.