Is Genetic Engineering Recreating the Sin of Noah’s Generation?

Home » Is Genetic Engineering Recreating the Sin of Noah’s Generation? 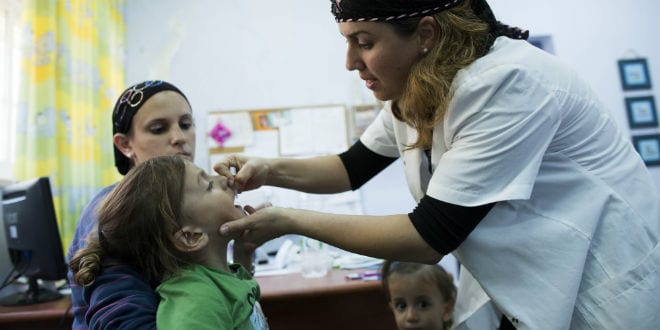 New technology enabling scientists to manipulate genes, mixing human genes and organs with those of animals, is a disturbing trend in science which one rabbi believes mirrors the sin that led to global destruction in the generation of Noah.

Last week, the National Academies of Sciences and Medicine released a new report including recommendations to ensure genetic research done in the United States is performed responsibly and ethically. In essence, this report gave the greenlight to gene research, even though funding for such research is currently banned by the government because of the ethical dilemmas it raises.

The new technology bears with it practical risk. Genetic research can take two forms: gene editing to cure or prevent disease, and gene editing to enhance humans. Genetics is uncharted territory and scientists could accidentally introduce a dangerous mutation that will harm future generations, or, in an attempt to create vaccines, inadvertently create a superior form of the disease which could threaten mankind.

Rabbi Moshe Avraham Halperin of the Machon Mada’i Technology Al Pi Halacha (the Institute for Science and Technology According to Jewish Law) stated in response to the report that there are clear Torah guidelines for this new technology. Rabbi Halperin referred to the Biblical law concerning mixing of species.

Thou shalt not let thy cattle gender with a diverse kind: thou shalt not sow thy field with mingled seed: neither shall a garment mingled of linen and woollen come upon thee. Leviticus 19:19

“It is forbidden to create a creature that is a mixture of species, but as long as they are not producing a new creature that has a different form, it is permitted,” Rabbi Halperin told Breaking Israel News.

However, he noted, “Improving species, even the human race, is not forbidden by Jewish law. Changing the color of the skin or hair is permitted, even more so when it concerns removing genetic maladies. But the process certainly needs oversight.”

Rabbi Yosef Berger, rabbi of the Tomb of King David on Mount Zion, stressed that the issue of mixing species had serious Biblical ramifications, noting that the verse forbidding mixing breeds of animals directly preceded a section of the Torah dealing with sexual impropriety.

And whosoever lieth carnally with a woman, that is a bondmaid, betrothed to an husband, and not at all redeemed, nor freedom given her; she shall be scourged; they shall not be put to death, because she was not free. Leviticus 19:20

The rabbi explained the connection between the two distinct commandments.

“This is also expressed in the sin of the generation of Noah, which, according to Jewish tradition was the forbidden mixing of animals and man,” Rabbi Berger told Breaking Israel News, quoting Genesis.

And Hashem said: ‘I will blot out man whom I have created from the face of the earth; both man, and beast, and creeping thing, and fowl of the air; for it repenteth Me that I have made them.’ Genesis 6:7

“Noah’s generation sinned sexually, but it was expressed in the mixing of species,” he explained.

“This sexual sin could prevent the coming Messianic era as the connection between man and woman is a holy part of the process of bringing geula (redemption). This is the basis of the requirement to be fruitful and multiply: to bring Moshiach (Messiah).”

Rabbi Berger stressed that this mitzvah (Torah commandment) requires a proper level of purity. Mixing of species is an improper manifestation of procreation that led to the destruction of the generation of Noah.

Thus, even when saving lives, one of the most important mitzvot, one must be mindful of dangers and limits, Rabbi Berger cautioned.

The limits of science and ethics are indeed being expanded and tested in remarkable ways. In 2015, several groundbreaking experiments took place in genetic engineering. A herd of cloned cattle, genetically engineered with human DNA, were used to incubate antibodies against the Ebola virus. In the same year, scientists at Duke University announced that they had successfully boosted brain size in mice by using human DNA as a catalyst.

Also at Duke, kidneys from aborted human fetuses were transplanted into rats in order to determine if human organs could be grown in animals, solving the problem of organ donations.

In one particularly disturbing case, geneticists in China modified the DNA of human embryos, concentrating on the gene responsible for β-thalassaemia, a potentially fatal blood disorder. However, in their final report, the researchers said they found a surprising number of unintended mutations.

These experiments illustrate just some of the astounding areas researchers are exploring. The science involved is staggering, but the ethical considerations are even more perplexing, and less likely to receive clear-cut answers.

Certain areas of research in the United States are stalled until the issue of abortions is resolved, establishing once and for all the legal status of fetuses and embryos. Manipulating genes in utero to eradicate genetic disease can alleviate great suffering, but brushes up against eugenics, the intentional improving of the human race. Negative eugenics were first espoused by the Nazis and other racist ideologies as a method of creating a master race.

The research takes on dark spiritual overtones in the context of the growing transhumanism movement, which believes that the human race can evolve beyond its current physical and mental limitations by means of science and technology.