Arab World is Opening Up to Israel

Home » Arab World is Opening Up to Israel 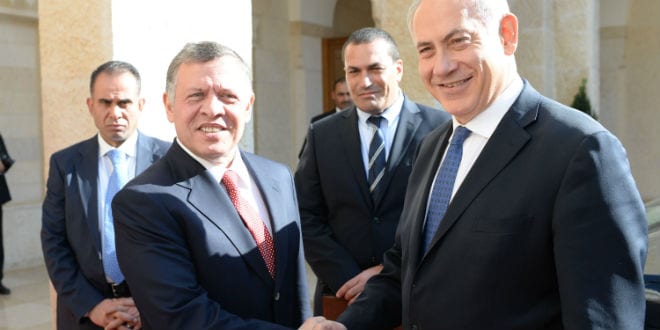 Arab, African and Asia leaders believe that a “new day” has arrived in the Middle East and increasingly view Israel as an island of stability that could anchor a period of economic growth around the region, according to Chairman of the Conference of Presidents, Stephen M. Greenberg, and CEO Malcolm Hoenlein.

Speaking to reporters in Jerusalem ahead of the the official opening of the Conference’s Leadership Mission to Israel, Hoenlein said that his visits to Morocco and Egypt over the past week reinforced messages he has heard from leaders around the region, including “some of which would surprise you.”

“There is incredible interest and desire to operate with Israel as a central hub in a new regional reality,” Hoenlein said.

The leaders added that Arab countries are united in their opposition to Iran’s nuclear program and said that the time is ripe for the Trump administration to lead a new offensive against Tehran’s drive for nuclear weapons.

“The time is now to press the Iranians,” Hoenlein said. “Congress is discovering things they didn’t know about the JCPOA (the Iran nuclear deal, brokered by former US President Barack Obama and former Secretary of State John Kerry). Even more, people understand that when we react towards Iran with strength, they back down. But when we don’t – for instance, when we didn’t respond to their ballistic missile tests – they just kept going.

Asked about President Trump’s openness to re-consider the two-state solution, long a cornerstone of US policy vis-à-vis Israel, the leaders punted, saying only that all ramifications of policy measures should be carefully considered, but they also stressed that communities and leaders around the Middle East are looking at Israel with fresh eyes.

“People aren’t talking about two states or one state,” they said. “They want a solution. But there is increasing openness and desire to benefit from what Israel has to offer. They are tired of kleptocracy, they feel the Palestinians have just wasted away billions of dollars in aid money.

“People are open to the things that Israel has to offer. From this perspective there is no isolation. Quite the opposite,” they said.