How the Third Temple is Being Built Today

Home » How the Third Temple is Being Built Today 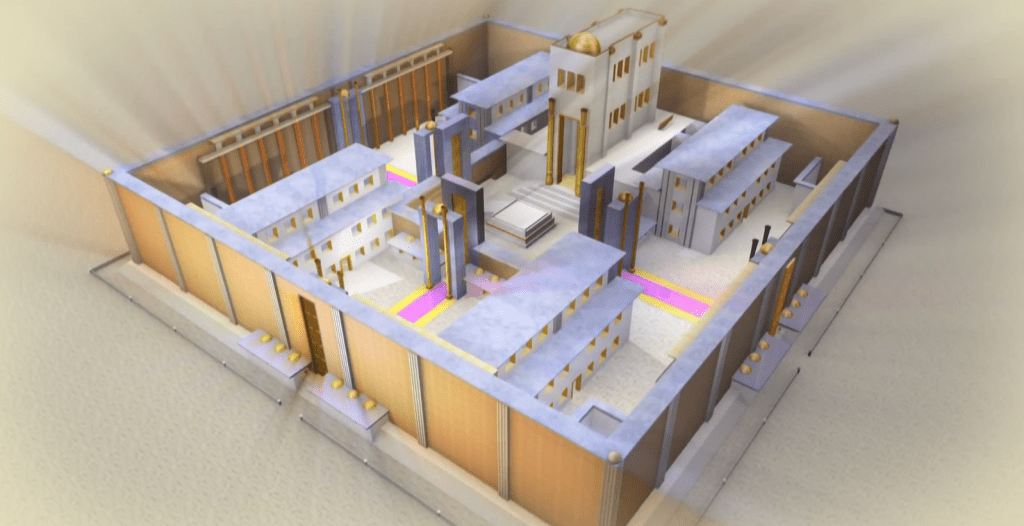 A recent video from the Temple Institute concluded unequivocally that the Third Temple will not simply descend from Heaven, begging the question ‘Why don’t Jews begin building today?’ The man in charge of organizing the Third Temple construction thinks he knows what it will take to jump-start the process.

Last week, the Temple Institute released the second video in their “Holy Temple Mythbusters” series, titled “Falling from Heaven”. Rabbi Chaim Richman, the institute’s international director, opened the video with the question, “The Bet Hamikdash (Temple) is supposed to come down from heaven: true or false?”

Using rabbinic methodology, Rabbi Richman said that it is a Biblical commandment to build a Temple, as clearly stated in the Bible.

And let them make Me a sanctuary, that I may dwell among them. Exodus 25:8

Like any other commandment, it is incumbent upon the Jews to perform it themselves, and not to wait for God to perform it for them.

Rabbi Richman’s conclusion is a challenge to those who maintain that the Third Temple will descend from Heaven, but it is a strong vote of confidence for those who advocate Jews move forward in this endeavor. As the chairman of the Temple Movement, Yaakov Hayman, is organizing the controversial effort towards building the Third Temple.

By profession, Hayman manages building projects. This is the practical way he perceives the Third Temple: a construction project accomplished in stages.

He described the conflict between the two opinions, the Temple coming down from heaven versus man-initiated construction, as evolution versus revolution.

“I don’t believe the Temple will suddenly appear,” Hayman told Breaking Israel News. “It needs to be a steady evolutionary process.”

Hayman believes the first stage in that process is within reach.

“What we need now is for more Jews to go up to the Temple Mount,” Hayman urged. “When that happens, when thousands of Jews start going up to the Mount every day like what happens at the Kotel (Western Wall), prayer will just naturally happen. No one can stop that. It is a natural evolution from where we are now to where we need to be to build the Temple.”

Both Rabbi Richman and Hayman believe in man-initiated construction, but with God playing an integral part in the process. Rabbi Richman cited the Prophet Zechariah, who stated that God himself will remedy the destruction of the Second Temple by building the Temple with fire.

For I saith Hashem will be unto her a wall of fire round about and I will be the glory in the midst of her. Zechariah 2:9

Rabbi Richman understands this to mean that God will be a part of the process, but it in no way exempts man from taking a proactive role. To illustrate his point, Rabbi Richman gave a powerful example of man’s action bringing about the divine will. In 1967, Israel faced a vastly superior collection of enemy forces bent on destroying the Jewish State – and defeated them.

Rabbi Richman described this miraculous victory as analogous to God sending down fire to light the wood on the altar in the Temple.

When applied to the Third Temple, Rabbi Richman sees it as any other Torah commandment incumbent upon the Jews.

“First Israel must fulfill God’s commandment and build it themselves, and only afterward, God brings about the final spiritual touches onto the structure that they have created with their own hands, with the resting of the shechina (God’s presence),” Rabbi Richman concluded.

Hayman warned that building the structure is not the end of that process.

“Unlike the first two temples, the Third Temple will be eternal,” Hayman said. “There has to be a divine element added at the end to make it so.”

Hayman believes that the Jews who object to constructing the Temple do so in order to advance a political agenda, and not for religious reasons, even if they claim religious motivations.

“There is a political agenda not to build the Temple, but there is no question about what the Torah commands us to do regarding the Temple Mount,” Hayman said, giving a painful example of when this happened last in Jewish history. “It is similar to the rabbis in Europe who said it was forbidden for Jews to come to Israel before the Holocaust. They didn’t want the Jews to be part of the Zionist political enterprise.”

“Also today, there is no question that the Torah tells us to go to the Temple Mount and to build the Third Temple, but political and social agendas lead people to say otherwise,” Hayman concluded.