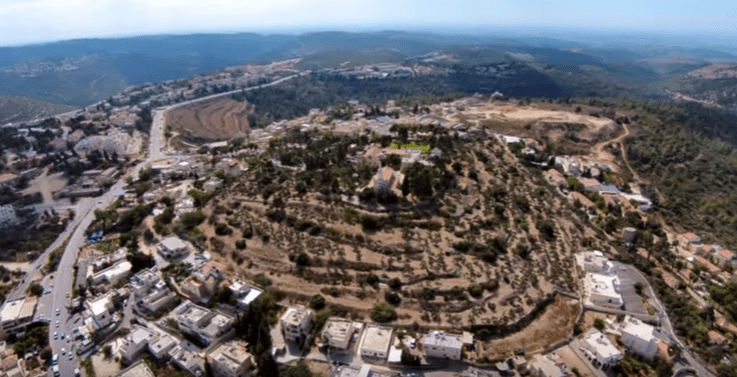 This summer, archaeologists will begin the first-ever excavation of the major Biblical site where the Ark of the Covenant was kept for two decades before King David conveyed it to Jerusalem.

The site, known in Hebrew as Kiryat Ye’arim and often transliterated at Kiriath Jearim, is mentioned over a dozen times in the Bible as a Judean town near Jerusalem during the period of Biblical history associated with the judges and King David. Today, it remains one of the last such Biblical landmarks unstudied.

The Book of Samuel tells of the moving of the Ark from Beit Shemesh to Kiryat Ye’arim after it was returned to the Israelites by the Philistines, who were stricken with disease in punishment for having stolen the sacred Ark in battle. There, the Ark resided for twenty years as the people of Israel began to turn from idol worship back to God.

At the end of that period, King David brought the Ark to Jerusalem. After the First Temple was built by David’s son Solomon, the Ark was placed there and remained until the Temple was destroyed by the Babylonians, after which all traces of it completely disappeared.

The Ark of the Covenant, one of the most mysterious and sought-after Biblical treasures in history, is described in the Book of Exodus as a gold-plated wooden box which holds within it the two tablets given by God to Moses on Mount Sinai.

After the destruction of the Temple, it vanished from all record, though different legends have sprung up around it. While the archaeologists running the Kiryat Ye’arim dig will not be primarily looking for clues to its current location, the chance remains that uncovering some of the mysteries of the Ark’s journey could yield surprising results.

“It’s a large, central site in the Jerusalem hills that hasn’t been studied until now. It may be the only key site in Judah that hasn’t undergone a systematic archaeological excavation,” Israel Finkelstein, one of three archaeologists heading the project, told the Times of Israel.

As of now, the archaeologists believe there may be a smaller ancient temple at the site where the Ark once stood, but as Biblical accounts often connect the city with the pagan deity Ba’al, a shrine found there could be a site of idol worship.

“To follow the story, the place where they took the Ark of the Covenant wasn’t, of course, just some field or under a tree, they refer to an important cult place,” Finkelstein explained.

He hopes that the dig’s findings could reveal significant information about the history of the site and improve scholars’ overall picture of the period of King David’s rule.