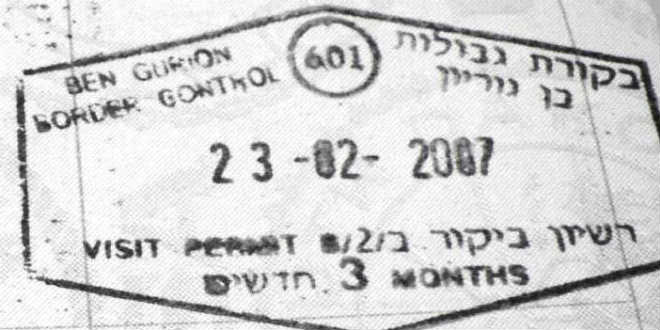 The Zionist of Organization of America (ZOA) called attention to the fact that six of the seven Muslim-majority nations covered by President Donald Trump’s temporary travel ban currently deny entry to travelers who hold Israeli passports.

ZOA President Morton Klein issued a statement Feb. 3 praising British Prime Minister Theresa May’s comment during a recent House of Commons session that “it is absolutely right that this House should be aware of the discrimination and the ban that exists around the world…particularly for those who are Israeli citizens.”

Klein said ZOA “urges others to join with Prime Minister May in condemning the anti-Israel ban. It is hypocritical to protest the temporary ban of a few months on travel from the seven ‘countries of concern’ that are hotbeds of radical Islamist terrorism targeting Americans and the West, while ignoring the decades-long anti-Jewish bans by 16 Muslim-majority nations.”

Defending Trump’s order, the ZOA leader said that in the countries covered by the travel ban, “radical Islamist terrorist groups and/or governments target U.S. citizens traveling there for kidnapping, unlawful arrest and detention, terror attacks, and murder. There is no U.S. embassy available to help U.S. travelers in Iran (since 1979); Libya (since 2014); Somalia (since 1991); Syria (since 2012); and Yemen (since Feb. 2015). The U.S. embassies in the two other ‘countries of concern’ are limited in what they can do….The fact that the U.S. does not even have a sufficient presence in the countries of concern to protect our own citizens also demonstrates the extraordinary difficulties—or inability—of U.S. officials to properly vet persons from those countries who seek to enter the U.S.”

Aside from ZOA’s support for the travel ban, national Jewish organizations have reacted to the measure with a mix of condemnations and calls for caution.