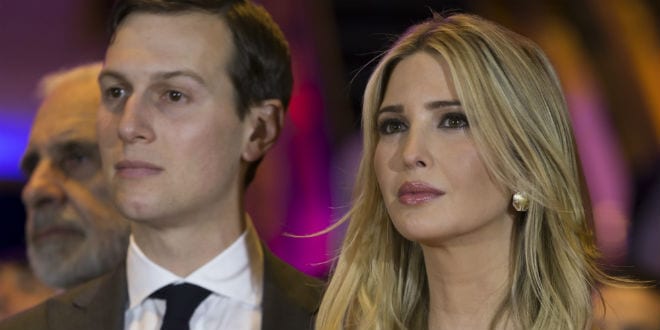 Ivanka Trump is one of the only women always present at early morning prayers on Jewish holidays, said Donald Trump’s inauguration rabbi, Rabbi Marvin Hier, in a special interview with Israel’s Channel 2.

Ivanka, who converted to Judaism in 2009 and her husband, Jared Kushner, are dedicated to Judaism, Rabbi Hier, who recited a prayer at the inauguration, revealed.

The rabbi added that Ivanka is particularly stringent about attending prayers. “I can tell you that I’ve seen with my own eyes that … when you have an early minyan (quorum of ten men), and it’s … at seven o’clock on a holiday morning, the only woman there with the first arrivals is Ivanka.

“If the minyan started at seven, and you’re at Hallel (songs of praise in the holiday prayer service) at 7:45, she’s long there.”

The Jewish practice of the young Orthodox couple has captured the attention of many over the course of the presidential election, and it is now in the direct spotlight as the family adjusts to Jewish life in Washington, DC.

Their search for a local synagogue led them to the Chabad Shul, a small Modern Orthodox congregation which is also home to a number of other Washington bigwigs.

The Trump-Kushner family of five is settling in quickly. The couple has already hosted members of Trump’s cabinet at a Friday night Shabbat meal, and their eldest child, Arabella, 5, reportedly begun classes at DC’s Jewish Primary Day School last month.

Rabbi Hier added in his interview that he is confident the couple would have a powerful pro-Israel influence on the Trump administration.

“They’re wonderful people, and whatever advice I’m sure they’re going to give their father, or father-in-law, will be good advice on behalf of the state of Israel.”