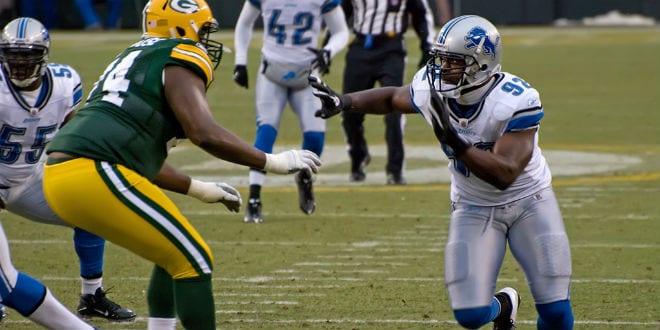 In an initiative of the Ministry for Strategic Affairs and Public Diplomacy in cooperation with the Tourism Ministry, a delegation of senior NFL (America’s National Football League) players will arrive in Israel next week (13 February). The visit was initiated in cooperation with America’s Voices in Israel.

The group of 11 sportsmen will visit Israel for a seven-day visit, during which they will meet with a wide range of Israelis from different walks of life.  The sportsmen will visit Tel Aviv, Jerusalem, the Dead Sea and Haifa, as well as Christian sites in the Galilee, including baptism in the River Jordan at Yardenit.

Minister for Strategic Affairs and Public Diplomacy Gilad Erdan: “I see great importance in the arrival of this delegation of NFL stars to Israel. I have no doubt that their visit will be a powerful experience for them and I hope that, through their visit, they will get a balanced picture of Israel, the opposite from the false incitement campaign that is being waged against Israel around the world. I hope that the players will present the beautiful face of Israel to their tens of millions of fans in the United States. The ministry which I lead is spearheading an intensive fight against the de-legitimization and BDS (Boycott, Divestment and Sanctions) campaigns against Israel, and part of this struggle includes hosting influencers and opinion-formers of international standing in different fields, including sport.”

Tourism Minister Yariv Levin: “Football stars are a source of inspiration for all American citizens. I am sure that, after the experiences that the players will enjoy in Israel and after they have seen the unique tourist sites and the special atmosphere here, they will become ambassadors of good will for Israel. The Tourism Ministry is hosting this delegation as part of its policy to promote sports tourism which has become an engine for economic growth around the world. The visit of this delegation, in such proximity to the American Super Bowl final, will enhance the exposure of the Israel tourism product to tens of millions of the players’ followers on social media.”

During their visit to Israel, the players will visit Rambam hospital, Yad Vashem and meet with representatives from the Black Hebrew community in Dimona. The players will also hold an exhibition match in Jerusalem with the Israeli Football team on Saturday evening (February 18). The Israeli Football Association operates within the framework of the Eilat Association that helps sportsmen in non-Olympic competitive sports.