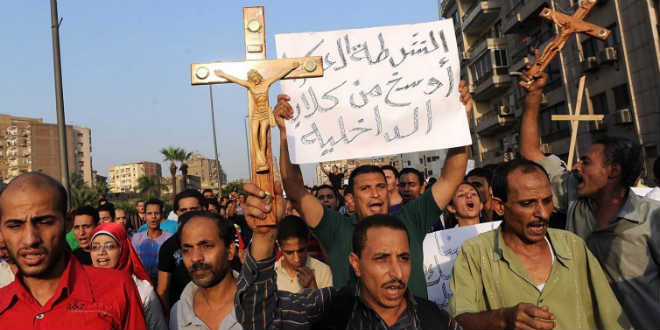 No one is more afraid of the consequences of President Trump’s executive order banning travelers from seven majority-Muslim states than the very people the president seeks to protect: the Christians of those countries, according to a Wall Street Journal report.

Trump told the Christian Broadcasting Network last week that he was trying to help Middle East Christians, saying, “They’ve been treated horribly, we are going to help them.” Indeed, the Christian travelers from those seven countries visiting the US will receive preferential treatment, but the rest, estimated at about 13 million, back in their home countries, will probably pay for Trump’s congeniality. This is because, no matter how strongly the White House denies that the executive order is a ban on Muslims, over in those home countries no one is buying it.

“Nobody is seeing this as motivated only by security and everybody views this as targeting largely Muslim immigration,” Basem Shabb, the only Protestant member of Lebanon’s parliament, told the WSJ. “Trump’s offer of help is like a poisoned chalice. It has come at the expense of alienating the region’s Christians from their Muslim neighbors.”

The WSJ quotes Yonadam Kanna, a Christian MP who leads the minorities bloc in the Iraqi parliament, who has no doubt Trump’s executive order will backfire on Iraqi Christians. “This will lead to new discrimination. It will reflect very negatively on minorities,” Kanna said.

He also stressed that while Middle East Christians “appreciate the feeling of support for vulnerable communities,” what they would like President Trump to do “is to help us to stay, not to emigrate.”

Earlier this week, according to Aletia, the head of Iraq’s largest Christian denomination, the Chaldean Catholic Church, Patriarch Louis Raphael I, commented on the Trump ban saying that any preferential treatment will likely encourage “propaganda and prejudice that attack native Christian communities of the Middle East as ‘foreign bodies,’” or worse, as being “supported and defended by Western powers.”

“These discriminating choices,” Raphael I said, “create and feed tensions with our Muslim fellow citizens. Those who seek help do not need to be divided according to religious labels. And we do not want privileges.”