Trump Tweets Lash Out at Judge Who Stopped the Ban

Home » Trump Tweets Lash Out at Judge Who Stopped the Ban 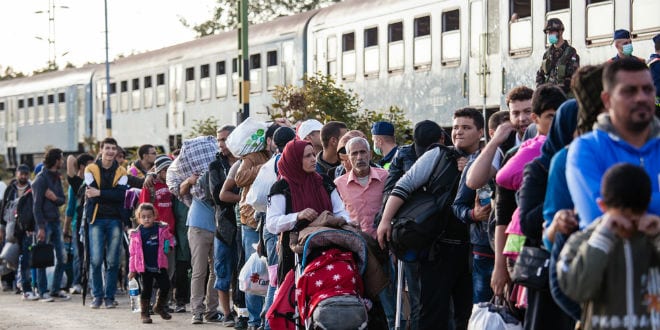 On Friday, a federal Judge in Seattle put a nation-wide restraining order on President Donald Trump’s executive order banning entry to visitors from seven Islamic-majority countries considered to be security risks. President Trump responded with a flurry of posts on social media, criticizing the judge’s move.

Judge James Robart, a United States federal judge in the United States District Court for the Western District of Washington, granted a temporary restraining order against President Trump’s immigration executive order signed one week ago, pending review of a suit brought by Washington Attorney General Bob Ferguson. Though many cases for individuals have been brought as a result of the travel ban, Robart’s ruling brought for the state of Washington and Minnesota, was the first challenge to the constitutionality of Trump’s executive order. The states’ case was based on claims they had suffered financial harm from the travel ban by having students and faculty at state-funded universities stranded overseas. Robart challenged the order’s use of the 9-11 attacks as a justification for the ban, as no terror attacks had been perpetrated by individuals from the seven banned countries since those attacks 15 years ago. In his ruling, Robart said, the order had to be “based in fact, as opposed to fiction.”

Executive order 13769 put a ban on people entering America on tourist visas from seven Muslim-majority countries (Iraq, Iran, Sudan, Libya, Somalia and Yemen)for 90 days, all refugees for 120 days and indefinitely halted refugees from Syria.. Approximately 60,000 visas were revoked since the signing of the order.

Trump sent out a series of tweets criticizing the ruling.

When a country is no longer able to say who can, and who cannot , come in & out, especially for reasons of safety &.security – big trouble!

The opinion of this so-called judge, which essentially takes law-enforcement away from our country, is ridiculous and will be overturned!

US Customs and Border Protection (CBP) alerted airlines Friday night that the government would quickly begin reinstating visas that were previously canceled, and it advised airlines that refugees in possession of US visas will be admitted as well.

The White House said in a statement that it would file an appeal as soon as possible.

“At the earliest possible time, the Department of Justice intends to file an emergency stay of this outrageous order and defend the executive order of the president, which we believe is lawful and appropriate,” the White House said in a statement.

“The president’s order is intended to protect the homeland and he has the constitutional authority and responsibility to protect the American people.”