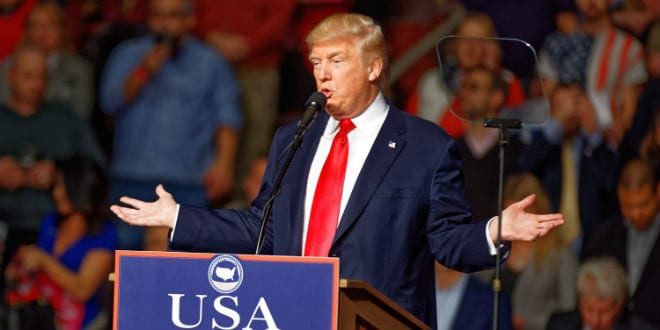 Jewish groups reacted with a mix of condemnations and calls for caution on President Donald Trump’s executive order to temporarily bar the entrance of refugees as well as non-citizens from seven Muslim-majority countries.

Trump signed an executive order Friday that banned the entry of non-citizens from Iran, Iraq, Libya, Somalia, Sudan, Syria and Yemen for 30 days, in addition to suspending the U.S. Refugee Admissions Program for 120 days, with Syrian refugees banned indefinitely.

The Jewish-run refugee and immigrant aid agency HIAS called the move “a callous response to the plight of refugees worldwide. It confuses terror with the victims who flee it.” The American Jewish Committee (AJC) expressed “profound” concern over Trump’s order, with AJC CEO David Harris saying that while Trump is “right” in seeking to “thoroughly” vet refugees, “blanket suspensions of visas and refugee admission would suggest guilt by association—targeted primarily at Muslims fleeing violence and oppression.”

The Orthodox Union (OU) urged a cautious approach on the executive order that upholds religious and personal freedoms, but also protects America’s security.

“We call on all Americans to reaffirm that discrimination against any group based solely upon religion is wrong and anathema to the great traditions of religious and personal freedoms upon which this country was founded,” the OU said in a statement, adding that “we recognize that the complex issues that face us in ensuring the safety and security from terror of innocents and free societies throughout the world need to be addressed, but need to be done in sober and responsible ways.”

Israeli officials, meanwhile, sought clarification from the Trump administration as to whether the travel ban applies to Israeli Jews born in the blacklisted countries. According to official statistics, around 140,000 Israelis were born in the seven countries covered by the order, including around 45,000 Iranian Jews and 53,000 Iraqi Jews, AFP reported.