Half-Shekel Tithe for Building Temple Reinstated by Sanhedrin After 2,000 Years 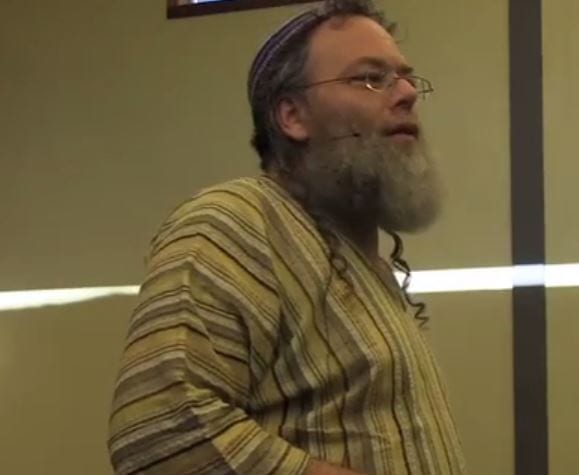 After a 2,000 year moratorium, it is now possible for a Jew anywhere in the world to perform the mitzvah (commandment) of paying the half-shekel, a Biblically-mandated tax incumbent on every Jew to finance the day-to-day operations of the Temple.

There are now two ways to perform this commandment: one method for people who can hand-deliver their offering, and another for those who can’t.

While the Temple was standing, every Jewish man was required to give one half-shekel weight of silver, approximately eight grams of silver (worth about $4 today), as a mandatory tax to support the Temple. Each man was obligated to give the same amount, regardless of his economic condition. The coins, once deposited in the Temple courtyard, were hekdesh (sanctified) and not permitted to be used for any other purpose.

The nation of Israel continued to observe the commandment even after the First Temple was destroyed until the practice was outlawed by Roman Emperor Hadrian in the year 135 CE. Even Jews who lived outside of Israel continued to donate the half-shekel, despite the Roman Senate forbidding the export of gold and silver.

Twenty years ago, Reuven Prager revived this mitzvah. He began minting silver coins that adhered to the Biblical requirements, producing a new and unique design every year. Those who wish to perform the mitzvah buy the silver coins from Prager, and then deposit them with Otzar Hamikdash (Treasury of the Temple), an organization set up to collect these coins.

Otzar Hamikdash duly deposits them in their vault. To date, the organization has collected more than 200,000 coins.

In Temple Times, when it was incumbent on every Jew to make a triannual pilgrimage to Jerusalem, depositing the half-shekel tax was a simple matter. Today, when most Jews live in the Diaspora (outside of Israel), it is much more difficult.

For Jews outside of Israel, performing this mitzvah can be inconvenient or even impossible. The coin should be deposited with Otzar Hamikdash in their Jerusalem location. Prager has arranged a method of sending the silver coins from the US.

The nascent Sanhedrin has instituted a way to revive the mitzvah to rebuild the Temple. Last September, in honor of counting the first complete year of the 50-year Jubilee cycle on Rosh Hashanah, the Sanhedrin issued a medallion which can be used in place of the actual silver coin to perform the mitzvah.

The biggest advantage of the Sanhedrin coin is that the medallion represents the half-shekel and is not considered sanctified. It therefore does not have to be physically deposited, but the funds are still dedicated for use in the Temple. The Sanhedrin and the Temple Movement hold reenactments of the ceremonies, training Kohanim, men of the priestly class, to accept the tithes. Funds raised from the Sanhedrin medallions are dedicated to priestly training and the recreating of special vessels and utensils for Temple use.

The Sanhedrin approves of Prager’s version of the half-shekel but saw a need that led to the creation of the medallion.

“The half-shekel was a tax intended to be used for a specific purpose,” Rabbi Hillel Weiss, spokesman for the Sanhedrin, explained to Breaking Israel News. “As such, it was dynamic and not simply stored away. As the preparations for the Temple move forward, the need for that tax is reemerging.

Rabbi Weiss described the Biblical precedents for such an arrangement. There were several cases of sanctified items, like tithes, that could be redeemed for 120 percent their value.

And if a man will at all redeem ought of his tithes, he shall add thereto the fifth part thereof. Leviticus 27:31

Similarly, people who could not bring their own sacrifices bought tokens in the Temple which were redeemed for the animal or grain that were actually used in the sacrifice. Until the return of the three yearly pilgrimage festivals in Jerusalem makes it possible to reinstate the practice of the half-shekel tax being hand-delivered by every Jew to the Temple, the Sanhedrin’s medallion is helping the Temple become a reality.