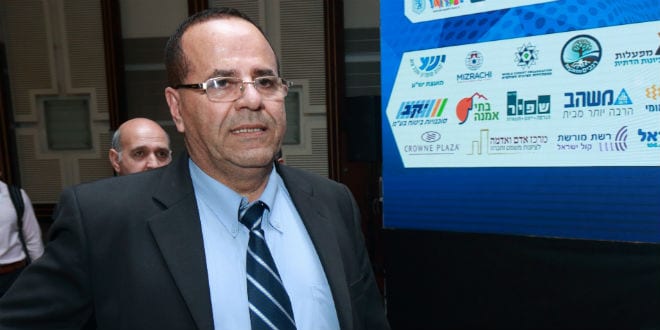 MK Ayoub Kara (Likud) said Wednesday that Ben Hassin, the 21-year-old Jewish Israeli man accused of killing a taxi driver in an Arab country that does not maintain diplomatic relations with Israel, has reportedly been tortured and is increasing danger every day that passes.

“[Ben] is in jail in a country that we do not have diplomatic relations with. I can say that the young man is in very poor health, that he has been threatened inside the jail and is kept in solitary confinement,” Kara told TPS .

Hassin is believed to have visited Kurdistan to visit his grandparents in 2015, and to have joined a local militia to fight the Islamic State while there. While there a taxi driver discerned that his passenger was Israeli, and Hassin has been charged with killing the driver once he realized his life was in danger.

In a phone interview with TPS, Kara confirmed the basic outline of the story and said the family of the taxi driver has demanded $120,000 in blood money, and the government of the country that is holding Hassin has threatened to execute him “soon” if the money is not paid. Kara would not confirm a date for the execution, but said that “every day that passes increases the danger to his life.”

The issue is complicated by the fact that the charges against Ben Hassin are criminal in nature, rather than security-based. That means the Israeli government cannot legally pay the bribe.

In addition, Kara accused the foreign ministry of having refused to assist the family, at first because they said it was a security-based case, and more recently because Ben Hassin is being held on criminal charges. The Ministry rejects the charge, saying it has treated the issue “with full seriousness,” but Kara doesn’t buy it.

“So why did they criticize me two months ago on grounds that I’d publicized a security story?” Kara asked rhetorically. “If they are dealing with it, why did they blacken my name by saying I’d exposed a security issue? Now they say they won’t deal Hassin with it because it is criminal or civilian case?”

In order to address the issue, Kara has started a crowdfunding campaign to obtain Hassin’s release. The MK would not give a concrete number of donations the campaign has received, but he told TPS that the very first call he received as for a $10,000 donation.

“We have got a life to save, and I want to pay this ransom as early as next week. The family’s original demand was a lot higher, but we managed to get them down to $120,000. It’s only been a day but the response to our call has been phenomenal – donations can be made by phone, to number 1700 700 107, or directly to the Postal Bank account that has been set up, account number 7155880.

“I don’t want to say exactly how much we’ve raised, but I believe we will meet the target in the coming days,” Kara said.