Trump’s Inaugural Address Promises to Give Country Back to the People, “Eradicate” Terrorism

Home » Trump’s Inaugural Address Promises to Give Country Back to the People, “Eradicate” Terrorism 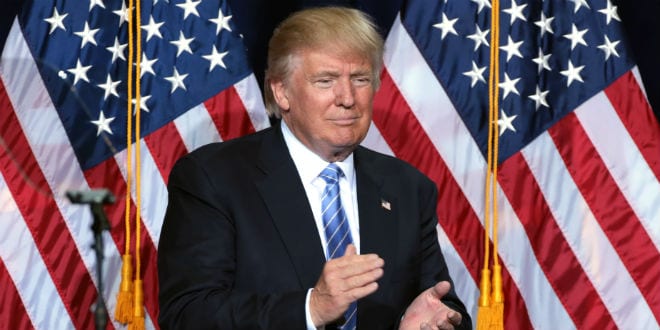 Donald Trump began his presidency with an impressive inaugural address, aimed at directly at middle America.

He opened his address by hinting that America had deteriorated under the previous administration, announcing it was time to “rebuild our country and restore its promise for all of our people”. After hinting at the damage outgoing president Barack Obama had done, Trump graciously thanked him for a “peaceful transfer of power”.

Trump then underlined his role as a political outsider, aligning himself with the citizens and not the establishment

“For too long, a small group in our nation’s capital has reaped the rewards of government while the people have borne the cost,” Trump said. “Their victories have not been your victories.”

That was, in fact, the focus of his speech: the American people. His speech was remarkably humble, referring to “we”, meaning the American people, 45 times and mentioning America 35 times.  The only time Trump mentioned himself was in a service role, when  he said, ‘I will fight for you with every breath in my body – and I will never, ever let you down,”

A Song of Ascents; of David. Behold, how good and how pleasant it is for brethren to dwell together in unity! Psalms 133:1

Noting the “very sad depletion of our military”, he also  paid tribute to the men and women in uniform.

Perhaps most surprising was his unrestrained promise to “unite the civilized world against radical Islamic terrorism, which we will eradicate completely from the face of the earth”.

His promise to “make America wealthy again” was aimed at the middle class. The New York Times noted, “America has never been wealthier. The issue, as Mr. Trump noted earlier in his speech, is that the middle class is not benefiting from that prosperity, which is accumulating disproportionately in the hands of a wealthy minority.”

He concluded by doubling down on his campaign promise to “make America great again.”