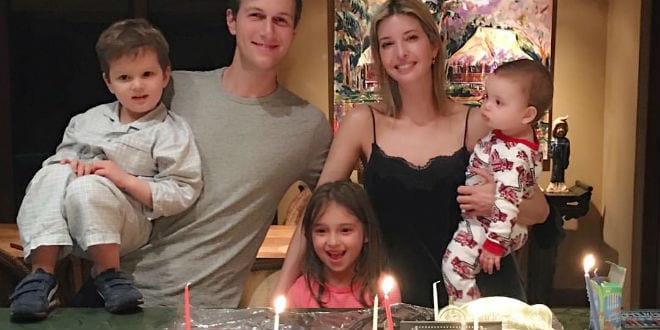 Ivanka Trump and her husband Jared Kushner, observant Jews, received special Rabbinic permission to travel in a car on the Sabbath in order to attend the inauguration of her father, President elect, Donald Trump on Friday afternoon.

Pikuach nefesh (saving a life) overrides almost every Jewish law. Driving a car is forbidden on the Sabbath by Jewish law and is only permitted in extreme or life threatening circumstances.

Mark Zell, the chairman of the Republican Party in Israel, said on a Kol Barama radio interview that the couple had received permission from a rabbi to attend since walking home from the event could create a situation that puts them at risk, though he could not give details.

“The family spokesperson simply told me they’ll be driving to some of the festivities after after Shabbat begins,” Zell said in a telephone interview with Times of Israel.  Zell was speaking from Washington, where he will also be attending the inauguratiom. “They’ll be having a Shabbat dinner someplace and then I gather they’ll be going to one of these balls.”

In an interview with Vogue magazine in 2015, Ivanka  spoke about the positive influence being religious had on her life, said they kept kosher (Jewish dietary laws) and were Sabbath observant.

“I always shied away from it being a public conversation because it’s such a personal thing,” she said. “We’re pretty observant, more than some, less than others. I just feel like it’s such an intimate thing for us.” And then she says, “It’s been such a great life decision for me. I am very modern, but I’m also a very traditional person, and I think that’s an interesting juxtaposition in how I was raised as well. I really find that with Judaism, it creates an amazing blueprint for family connectivity.”

“For Friday, she’ll make dinner for just the two of us, and we turn our phones off for 25 hours,” Kusher said in the interview. “Putting aside the religious aspect of it; we live in such a fast-paced world.”

“Yeah, we observe the Sabbath,” she explained. “From Friday to Saturday we don’t do anything but hang out with one another. We don’t make phone calls.”

The couple recently purchased a home near the White House, since Kushner will be  special adviser to President Trump. He will be in charge of the Mideast peace process and trade deals.

The inauguration will have a strong Jewish presence. Likud Knesset member, Rabbi Yehuda Glick, and a delegation from the Yesha (Judea and Samaria) Council will attend. Rabbi Marvin Hier, founder of the Simon Wiesenthal Center, will give a benediction at the ceremony.