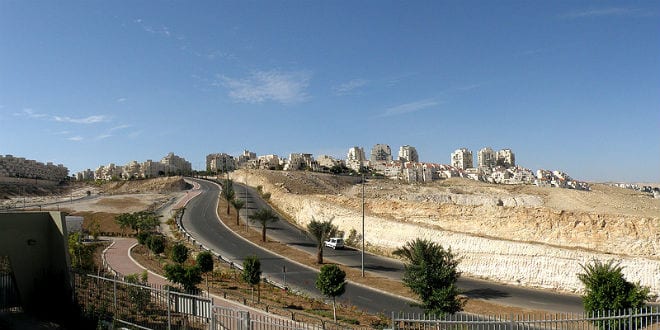 On Sunday, the Israeli government ministerial committee on legislation, chaired by Justice Minister Ayelet Shaked (Habayit Hayehudi), will debate a proposed bill applying Israeli civil law in the city of Ma’ale Adumim, located roughly four miles east of Jerusalem. The location of both Ma’ale Adumin and Jerusalem, at the narrow center of the peanut shaped Judea and Samaria, would certainly threaten any realistic effort in the future to establish a contiguous Palestinian state. The 4.6 square mile area between the two Jewish cities, designated as the E-1 zone, is within the municipal boundary of Ma’ale Adumim, but it is also home to a few Bedouin communities and their livestock, and the location of a large Israeli police compound.

Painfully aware of the crucial strategic value of E-1, in 2013 the Palestinian Authority established for a few days the illegal tent site of Bab al Shams within this zone, which was demolished by order of the Supreme Court.

The ministerial debate and, presumably, vote, will take place two days into the new Trump Administration, and, at least according to Ha’aretz, it was planned that way to avoid yet another bitter clash with Trump’s predecessor. Indeed, because of hostile reactions from two US Administrations, every plan for the expansion of Ma’ale Adumim westward has been frozen since 2005.

Ha’aretz cites a senior source inside Likud saying Prime Minister Benjamin Netanyahu will continue with this policy and delay the ministerial vote on bringing the first Jewish community in the liberated territories under Israeli law. This, according to the source, is not because the PM objects to the idea of annexing Ma’ale Adumim, but because he is wary of offending the new president by taking for granted his approval to such a sea change.

MK Yoav Kisch (Likud) said he is willing to compromise and has reduced the bill to just proclaiming Ma’ale Adumim part of Israel, leaving E-1 out of the plan for now. This will create the first Israeli extra-territorial territory since the years before the 1967 war, when Mount Scopus was an isolated Israeli territory inside the Jordanian-ruled “west bank.”

Kisch believes the vast majority of Israelis want to see Ma’ale Adumim be united with the Jewish State, after 49 years of living under IDF martial law. If approved Sunday, the bill could be submitted for a preliminary Knesset plenum vote next week.