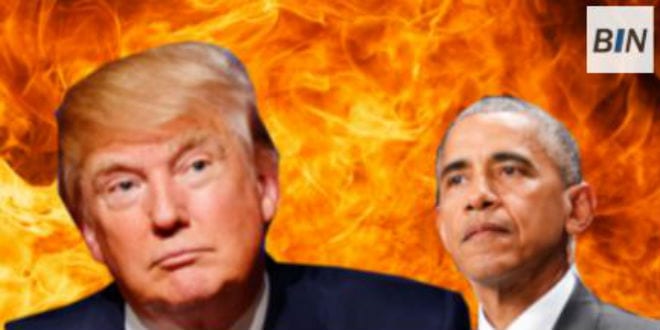 On the eve of Donald Trump’s inauguration as the 45th president of the United States, Rabbi Nir Ben Artzi, a prominent mystic and spiritual leader, made several startling predictions this week concerning the impending transfer of power and the changes in store for America, Israel, and the world.

“The media will discover that outgoing President Barack Obama is a traitor,” Rabbi Ben Artzi told Kikar HaShabbat, a Hebrew language news service for Orthodox Jews. “Obama, like an injured beast, helped Hillary Clinton whose sole intention was to continue his agenda.”

The spiritual leader, who has a dedicated following in Israel, said that while Obama will attempt to thwart Trump, it won’t work.

“Before he leaves, Obama wants to destroy everyone and everything Trump loves, so that when Trump does take power, it will be difficult for him to cope with everything that Obama ruined,” Rabbi Ben Artzi predicted. “This is Obama’s revenge on Trump.”

Indeed, Trump and Obama disagree on many major issues, and the incoming president has vowed to roll back several of the his predecessor’s policies, including the nuclear deal Obama brokered with Iran. In response, the White House announced this week that it had approved the sale of 130 tons of Russian uranium to Iran, enough to make ten nuclear bombs. This, along with several other last-minute moves by the outgoing president, may make it seem like Trump’s efforts will be futile, but Rabbi Ben Artzi said that Trump will have an ace card hard to beat.

“When Trump takes office, he will receive help directly from Heaven that will enable him overcome these obstacles, and bring peace to the world,” Rabbi Ben Artzi declared. “And for this reason, Trump will succeed greatly.”

The rabbi also addressed the recent UN resolution passed on December 23, the eve of the Jewish holiday of Hanukkah. Resolution 2334 declared it illegal for Jews to live in Judea, Samaria, the Golan, Hebron, and East Jerusalem. But while it has been US policy for over 30 years to veto anti-Israel resolutions in the UN, President Obama abstained from voting, thereby allowing the resolution to pass.

Rabbi Ben Artzi believes that the timing of the resolution was divinely significant, mirroring the conditions of the Maccabees, whose oppression by the Greeks 2,000 years ago led to the miracle of Hanukkah and the restoration of the Temple.

“God arranged it that the United Nations Security Council decision, advanced by Obama, would fall on the first candle of Hanukkah,” the rabbi explained. “This was in order for the Jews to receive it in the same spirit as the Jews thousands of years ago when evil decrees were placed on Israel.”

Like many other modern political thinkers, the rabbi dismissed the UN as irrelevant. “Every decision the UN has made is meaningless. They will all be cancelled out and are already erased in Heaven. The resolution will fall, just as the United Nations itself will fall.”

Rabbi Ben Artzi also addressed the international conference that will take place in Paris on Sunday, where it is expected that the 70 nations gathered will vote to create a Palestinian State in Judea and Samaria. Rabbi Ben Artzi predicted that the resolution would have disastrous repercussions for the countries that support it.

“Every nation that tries to take away parts of Israel, the nation and the people will be destroyed,” he warned, citing Psalms.

Their sword shall enter into their own heart, and their bows shall be broken. Psalms 37:15

Rabbi Ben Artzi explained that the motivation behind the anti-Israel conference was for the European nations to curry favor with Islam, but this attempt was doomed.

“Europe and all the other nations believe that if they hate Israel, all of the Muslims will become their allies and cease attacking them from within,” the rabbi explained. “They are wrong about that. Muslims will continue to fill up Europe by the millions. At this point, whether they help or hurt Israel, Europe will be ashes.

“This is the last period of suffering for the Jews. From now on, it will only get better and better,” the rabbi assured his followers.