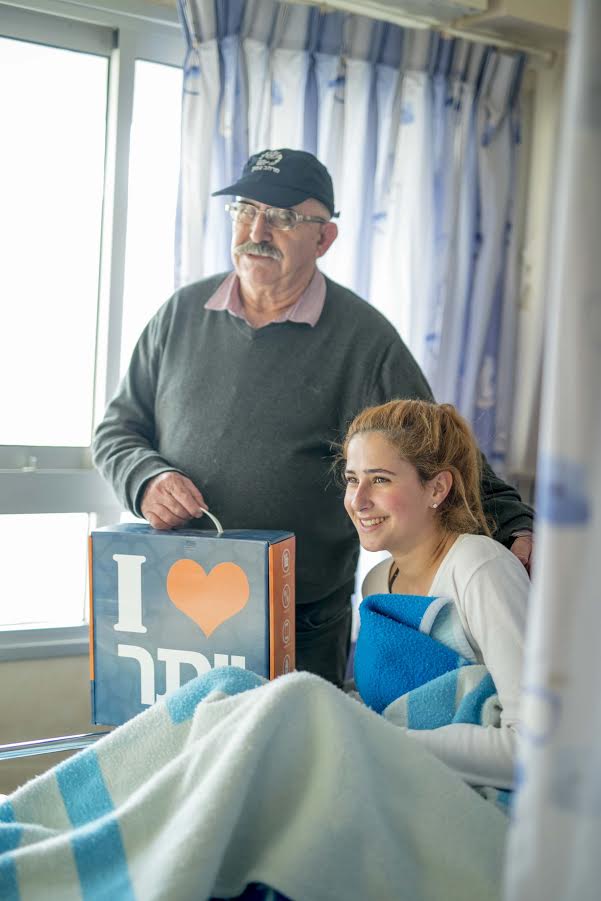 Following Sunday’s brutal terror attack in Jerusalem, when an Israeli Arab truck driver intentionally drove over a group of Israeli cadets, killing four, Yahad-United for Israel’s Soldiers is working overtime to ensure that the injured are well cared for during their hospital stays.

“Every hospital in Israel knows to call Yahad if an Israeli soldier is admitted,” explained

Brigadier General Yehiel Gozal, CEO of Yahad-United for Israel’s Soldiers, to Breaking Israel News. “Our job is to care for the physical and emotional welfare of soldiers in every situation.”

Though the Israel Defense Force (IDF) and the Department for the Disabled handles most of the medical needs of injured soldiers, Yahad is on every hospital’s speed dial list. Hospitals must immediately inform Yahad when a soldier is admitted.

Yahad-United for Israel’s Soldiers works hand-in-hand with the Israeli government and the Ministry of Defense to fill in the financial and social gaps of the Israel Defense Force budget. Not only are they in direct contact with Israel’s hospitals, they are also in direct contact with army commanders in order to keep abreast of all soldier needs. Because they are the only organization permitted to directly help Israeli soldiers, 100 percent of all donations go toward soldier welfare and not administration costs.

One of Yahad’s many duties is to provide warm and personal care for hospitalized soldiers. Once contacted, a volunteer quickly arrives, with a special gift in hand, to assess the needs of the soldier and his or her family and do all that they can to let the soldiers know that they are not alone in their tragedy. Yahad even has special free hotels near Israel’s hospital in order for family members to have a place to stay when their loved ones are recuperating.

Sunday’s terror attack was against a group of cadets having a “cultural and education day”. These important outings build morale, team spirit and a deeper appreciation of the Holy Land and are sponsored by Yahad and  FIDF (Friends of the IDF). All army units are treated to these outings.

The 28-year-old truck-driving terrorist Fadi Konabar intentionally rammed his vehicle into a group of cadets in officer’s training school as they were alighting from their bus near the Armon Hanatziv promenade in southeastern Jerusalem. The driver drove directly into the group of soldiers. He then reversed his truck and ran over additional soldiers, some of whom were already injured and on the ground.

“Yahad volunteers ran to the hospital to assess the needs of the soldiers and their families,” Gozal said. “We do all that we can to help and to let soldiers know that people care and are thinking about them.”

Soldiers and two civilians shot and eliminated the terrorist, preventing even more casualties.

To support the work of Yahad-United With Israel’s Soldiers, please visit here.