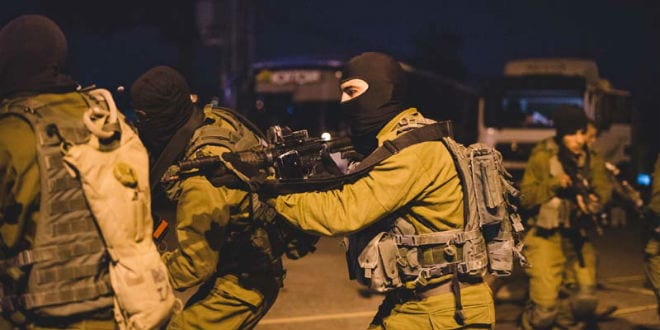 Even as the political and social storm continues over the guilty verdict in the trial of Sgt. Elor Azaria, who shot a neutralized terrorist in Hebron last March, Israel’s Defense Ministry is preparing a bill to protect future warriors who might become similarly entangled in legal troubles for their interpretation of the rules of engagement, Maariv reported Saturday night.

According to the bill’s sponsor, Deputy Defense Minister MK Rabbi Eli Ben-Dahan (Habayit Hayehudi) offers blanket immunity to members of the security forces for their actions before, during and after an operation or a terror event – as opposed to action during routine operation.

The proposed law would provide immunity to “every IDF soldier, commander and officer whether doing compulsory service, career NCOs and officers, GSS operatives, Police, Border Guard, Knesset Guard, and any other member of Israel’s security forces as decided by the Minister of Defense.”

The bill says that “a member of the security forces will not bear criminal responsibility, nor be interrogated with a warning, and will be immune to every judicial action in connection with an operation he carried out or did not carry out, or an act he committed or did not commit, before, during and after an operation, depending on whether the operation was or was not carried out as part of his assignment, or in preparation to carry out his assignment, as member of the security forces.”

Ben-Dahan told Maariv that the new law would “deliver a clear message to IDF soldiers: just as they are protecting us, we protect them. This is a balanced law which on the one hand enables IDF soldiers to carry out their mission protecting the State of Israel and the Nation of Israel without fear of later retribution, and on the other hand determines a mechanism to remove such immunity when the rules had been violated.”

The law will not protect soldiers accused of looting, destruction of property, taking bribes, bullying, and sexual offenses against people who were involved or uninvolved in a military operation.