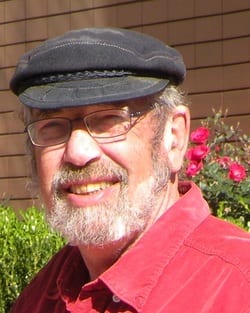 Respected archaeologist Professor Gabriel Barkay was lecturing a group of students from the University of California on a tour of the Temple Mount on Sunday when he was confronted by a Waqf guard who ordered him to stop using the term ‘Temple Mount’.

Barkay continued his lecture about the pre-Islamic history of the site and used the term ‘Temple Mount’ once again. The Waqf guard ordered the professor to accompany him and they walked to a nearby group of Israeli policemen. The Waqf guard reported Barkay to the police, telling them they wanted the archaeologist removed from the site. The Israeli police, who have authority over who enters the compound, refused, pointing out that it is not illegal to use the term. The Israeli police advised Barkay to refrain from using the term, and for the rest of the tour, he referred to the site as ‘T.M.’.

Professor Barkay is no stranger to the Temple Mount and its strict policies but he was shocked at the Waqf’s demand.

“This has never happened to me before,” Dr. Barkay said in an exclusive interview with Breaking Israel News. “There were instances in which the Waqf guards were displeased with other aspects of my lectures, but this is the first time they have objected to me using that term.”

“I think the whole thing is outrageous and very strange,” Barkay continued. “Denying history for political reasons is intolerable. I think they are making themselves look ridiculous. There are so many references to the Jewish Temple in Islamic literature that it is stupid for the Waqf to deny it existed. In any case, by denying history, the Waqf is actually helping the Israeli cause by emphasizing how inaccurate their claim is.”

Professor Barkay remains unintimidated and does not intend to modify his lectures during future visits. “It would be too much to surrender to such stupidity,” he said.

A tour guide who specializes in the Temple Mount spoke to Breaking Israel News on condition of anonymity, for fear the Waqf would blacklist or harass him. He confirmed that Professor Barkay’s experience was not unique.

“Tour guides know not to bring pictures or maps that show anything relating to Jewish History,” the anonymous source relayed.

Rough treatment is not reserved for the Jewish visitors who try to assert their nation’s history. In August of 2015, a Christian tourist was attacked on the Temple Mount by a mob of Muslims, struck on the head with a rock, for the crime of carrying a small souvenir Israeli flag. The guide related how a group of Christians he was leading on the Temple Mount were removed for acknowledging the site’s significance to Judaism.

“The group saw some religious Jews take their shoes off,” the guide told Breaking Israel News. “The Jews explained that it was out of respect for the sanctity of the site. The Christians were impressed and took their shoes off as well. When the Waqf guards asked them why they took off their shoes, they explained that it was out of respect for it being a Jewish holy site. The Waqf guards forced them to leave the Temple Mount compound for considering it a Jewish site.”

Breaking Israel News spoke to Rabbi Yehudah Glick, a long-time advocate for universal prayer on the Temple Mount and a Likud member of Knesset. Rabbi Glick was disturbed by this recent development and plans to speak with Gilad Erdan, the Minister of Internal Security, about the incident.

“I don’t think anyone seriously believes the UNESCO denouncement of Jewish connection to the Temple Mount,” Rabbi Glick told Breaking Israel News. “Anyone who knows the basics of history knows about the Jewish history in Israel and the Temple Mount. Instead of stating historical facts, they are selling historical myths.”

Professor Barkay is already familiar with the Palestinian Authority’s attempts to erase all Jewish connection to the Temple Mount. He founded the Sifting Project in 2005 to recover artifacts dug up by heavy earthmoving equipment and discarded as garbage during Waqf construction on the Temple Mount. Much of the material was lost, but Professor Barkay has since succeeded in recovering many significant artifacts by sifting the soil dumped in the Kidron valley. Dore Gold, President of the Jerusalem Center for Public Affairs, called the Waqf construction “a physical form of Temple denial”.