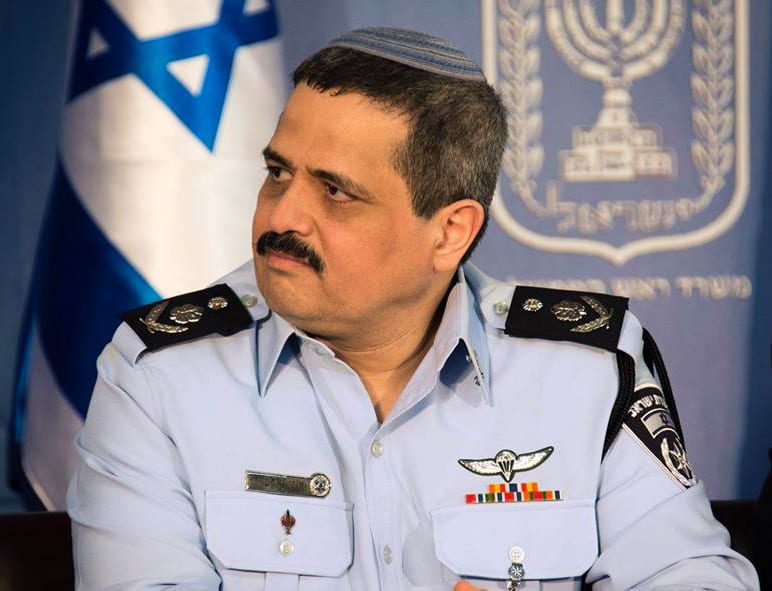 Roni Alsheikh, the Israeli Commissioner of Police, announced last week that his department of law enforcement personnel is preparing for the arrival of the Messiah in a truly unique way. Alsheikh was filmed at a celebration held by Chabad Hasidim in his neighborhood of Givat Shmuel, not far from Tel Aviv, in honor of the 19th of the Hebrew month Kislev.

“We, the police, are very involved in strengthening the mitzvot (Bible commandments) between man and his fellow,” announced Alsheikh at the gathering. “When the Messiah comes, everyone will want to [approach] him so it will get very crowded,” predicted the commissioner. “That will be a time when we will have to be very strong in respecting our fellow.”

In describing the very important role the Israeli police will play upon Messiah’s arrival, Alsheikh said to the joyous Hasidim gathered, “Not only are we busy enforcing the law, we also try to enact preventative measures [regarding] how to strengthen mutual consideration for our fellow.”

Alsheikh was ascribing a function to the police that is incumbent upon everyone, stated as a Biblical commandment in Leviticus.

Thou shalt not avenge, nor bear any grudge against the children of thy people, but thou shalt love thy neighbour as thyself: I am Hashem. Leviticus 19:18

The commissioner’s message and its strong connection to the Chabad movement and Hassidut was well-received by the revelers.

The police force’s mission to focus on the Biblical requirement of ‘love your fellow’ is timely indeed. The holiday of Hanukkah, which ended on Sunday, commemorates the Maccabees’ victory over the Greeks and their triumph over the Hellenized (assimilated) Jews. At the time, Israel was torn apart by conflict: there was rampant hatred between the Jews, to which rabbis attribute the destruction of the Holy Temple.

“There is no doubt that happiness and serving God will bring us closer,” Alsheikh said at the gathering. “Soon, God willing, we will need to start preparing for the security operation necessary upon the arrival of the Messiah.”