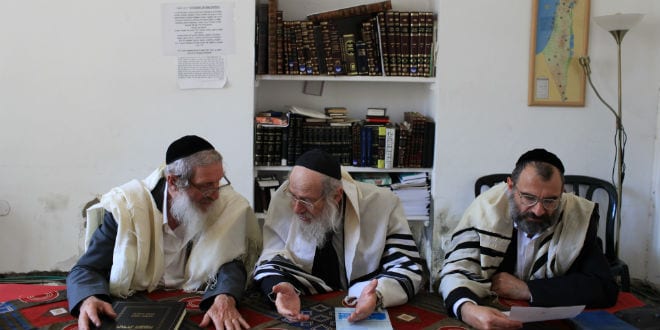 Last Thursday, the nascent Sanhedrin sent a strongly-worded letter to the United Nations Security Council (UNSC) blasting the body for passing Resolution 2334 against Israel, which supports the Palestinian claim that all of Judea, Samaria and Jerusalem falls under occupied Israeli territory, further warning that their actions will have dire consequences.

“Regarding the recent UNSC resolution declaring Jewish communities in Judea and Samaria, Jerusalem, and the Golan illegal by international law: The resolution was submitted by Egypt, supposedly an ally of Israel, and supported by Obama’s orders to abstain,” the letter read.

“All the land of Israel belongs exclusively to the Nation of Israel, and not to an invented nation with no legal or historic claim to the land,” wrote the Sanhedrin, referring to the false narrative pushed by the Palestinians. “Pursuing this baseless claim weakens those who support it and strengthens the violence and evil that is growing in the world.”

In their letter, the Jewish councilmen referenced a similar UNESCO resolution that passed in October, denying any connection between the Jewish people and Jerusalem, in particular, the Temple Mount, emphasizing the UN’s grave error in doing so. “Jerusalem, Mount Moriah, and the Temple itself are the central themes in our holy Torah,” the group asserted.

“In continuing this absurd process, you have denied the prophecies that are the foundation and cornerstone of your own religious beliefs, showing your ingratitude to God and the Jewish People,” the Sanhedrin vented.

“This will surely bring about your demise and ruin as is written in Zechariah:

And it shall come to pass in that day that I will make Yerushalayim a stone of burden for all the peoples; all that burden themselves with it shall be sore wounded; and all the nations of the earth shall be gathered together against it. (Zechariah 12:3)

The Sanhedrin took their accusations one step further, holding President Obama directly responsible for the escalation in worldwide terror and war.

“As a result of the covenant Obama signed with Evil,” they wrote, referring to the deal the P5 + 1 powers signed with Iran earlier this year, “the Middle East and other regions have become engulfed in war, causing the deaths of over one million people to date.”

“Obama is going to great effort to leave behind scorched earth. His destructive influence is felt around the world and is bringing about the condition known as the War of Gog and Magog,” continued the Sanhedrin’s letter.

“Rather than cope with terrorism or the humanitarian crises, the UN reacted by focusing its strongest efforts against Israel,” Rabbi Hillel Weiss, spokesman for the Sanhedrin, shared with Breaking Israel News. “Despite his claims to be fighting terrorism, by strengthening Iran, the biggest sponsor of global terrorism, President Obama has made terrorism a global reality.”

The Sanhedrin noted that their indictment against Obama and the UN was presaged by the Prophet Obadiah.

And saviours shall come up on mount Zion to judge the mount of Esav; and the kingdom shall be Hashem’S. Obadiah 1:21

In September of last year, the Sanhedrin warned the US president regarding his plan to remove sanctions from Iran and allow their allegedly peaceful nuclear program from moving forward. “Empowering Iran to the level where it would constitute a complete and immediate threat will thrust the entire region into a state of instability, including extreme weapons of mass destruction,” the Sanhedrin verdict warned at the time.

The Sanhedrin’s prediction proved to be accurate. Since their declaration in 2015, almost 300 people were killed in dozens of terror attacks in France, Belgium, and Germany, and almost 100 more in the United States. The war in Syria has killed hundreds of thousands, creating a global refugee crisis.