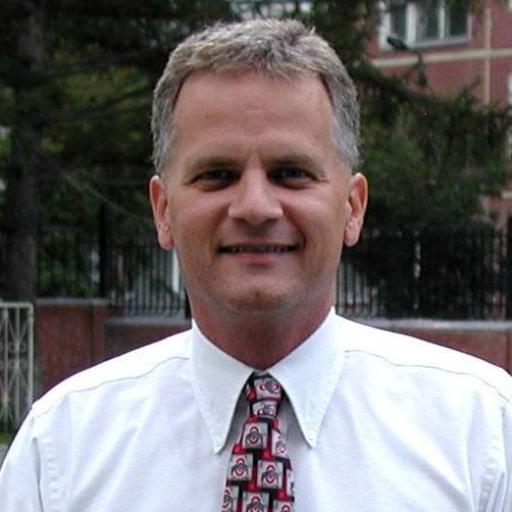 After years of intense study, Dr. Douglas Petrovich has gathered sufficient evidence to claim that the ancient Israelites took Egyptian hieroglyphics and transformed it into a writing system of 22 alphabetic letters which correspond to the widely recognized Hebrew alphabet used today.

Archaeologist, epigrapher and professor of ancient Egyptian studies at Wilfrid Laurier University in Waterloo, Canada, Dr. Petrovich used Hebrew and the Bible to translate inscriptions found on 18 ancient stone slabs. His findings have truly rocked Bible critics to the core.

“Judaism has always believed that ‘God looked into the Hebrew Bible and created the world’ making Hebrew the oldest known language,” noted Roni Segal, academic adviser for The Israel Institute of Biblical Studies, an online language academy specializing in Biblical Hebrew, to Breaking Israel News. “However, to find an archaeologist making a similar claim is fascinating.”

It is generally accepted that hieroglyphics are one of the oldest forms of written communication. Following Petrovich’s study of the inscribed Egyptian stone slabs, he asserted that the writings are actually an early form of Hebrew. He believes that the stones recall the Bible’s descriptions about the Israelites living in Egypt and concludes that they transformed Egyptian hieroglyphics into Hebrew more than 3,800 years ago.

Now these are the names of the sons of Israel, who came into Egypt with Yaakov; every man came with his household: Reuven, Shimon, Levi, and Yehudah; Yissachar, Zevulun, and Binyamin; Dan and Naftali, Gad and Asher. And all the souls that came out of the loins of Yaakov were seventy souls; and Yosef was in Egypt already. And Yosef died, and all his brethren, and all that generation.” (Exodus 1:1-6)

Petrovich’s theory is that the Israelites sought to communicate in writing with other Israelites in Egypt. They therefore simplified Pharaoh’s complex hieroglyphic writing system into a 22 letter alphabet.

“There is a connection between ancient Egyptian texts and preserved alphabets,” Petrovich stated recently while promoting his forthcoming book on the subject. “I absolutely was surprised to find [a reference to] Moses, because he resided in Egypt for less than a year at the time of his provoking of astonishment there.”

Petrovich’s big discovery came in January 2012 while conducting research at the Egyptian Museum in Cairo. He deciphered the word “Hebrews” in a text from 1874 BCE, which is the earliest known alphabet to date. The Bible notes that the Israelites spent 434 years in Egypt, from 1876 BCE to 1442 BCE.

Petrovich explains that only an early version of Hebrew, which he calls “Hebrew 1.0”, works at translating the Egyptian inscriptions. “There were many ‘A-ha!’ moments along the way, because I was stumbling across Biblical figures never attested before in the epigraphical record, or seeing connections that I had not understood before,” he divulged.

While Bible critics claim that the dates the Israelites’ resided in Egypt are unreliable, Petrovich is proud to use the Bible as his source for proving his translations. He also found the Biblical figure Joseph, who was sold into slavery by his half-brothers and became the most powerful leader of Egypt after Pharaoh, as well as Joseph’s wife Asenath and their sons Manasseh and Ephraim.

Additionally, Bible-esque statements have also been deciphered. The statement, “Wine is more abundant than the daylight, than the baker, than a nobleman,” was found inscribed on a slab dating back to 1834 BCE. This most likely refers to a time when drink was plentiful but food was scarce. The Bible notes that the Israelites, including Joseph and his family, moved to Egypt because of a famine in the Holy Land.

Another sentence reads, “The one having been elevated is weary to forget,” which reflects on the Biblical verse:

And unto Yosef were born two sons before the year of famine came, whom Asenath the daughter of Poti-phera priest of On bore unto him. And Yosef called the name of the first-born Manasseh: ‘for God hath made me forget all my toil, and all my father’s house.’ (Genesis 41:50-51)

Hebrew, as the world’s oldest alphabet, was first claimed in the 1920’s by German scholar Hubert Grimme. “Although Grimme identified some of the Egyptian inscriptions as Hebrew, he was unable to identify all of the alphabet correctly,” explained Segal. “Petrovich’s translation along with his connecting the texts to the Bible are a very exciting discovery.”

Using Hebrew 1.0, Petrovich translated inscriptions from four different sites in Egypt and the Sinai. “My discoveries are so controversial because if correct, they will rewrite the history books and undermine much of the assumptions and misconceptions about the ancient Hebrew people and the Bible that have become commonly accepted in the scholarly world and taught as factual in the world’s leading universities,” he said. “Truth is un–killable, so if I am correct, my findings will outlast scholarly scrutiny. I have no doubt whatsoever that Hebrew is the world’s oldest alphabet.”