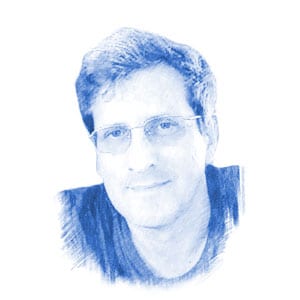 UN Security Council Resolution 2334, which was passed on Friday and focuses on Israeli settlement activity, is even worse than its critics—who include Democratic lawmakers and the staunchly left-wing Central Conference of American (Reform) Rabbis (here and here)—have made it out to be.

The resolution—whose passage was made possible by the U.S. abstention ordered by President Obama from Hawaii—is not just shameful, unfair, unbalanced, or destructive. It’s barbaric.

Only in one clause—which is in the preamble, which has less force than the body of the text—does the resolution explicitly call on Palestinians to do anything. The preamble calls on “the Palestinian Authority Security Forces to maintain effective operations aimed at confronting all those engaged in terror and dismantling terrorist capabilities.”

In contrast, five full clauses in the body of the text portray Israel as a rogue state engaged in endemic criminality.

But if even “East Jerusalem” is off limits to Israeli Jews, then—as pointed out by Alan Dershowitz, who was for years a center-left supporter of Obama:

Under this resolution, the access roads that opened up Hebrew University to Jewish and Arab students and the Hadassah Hospital to Jewish and Arab patients are illegal, as are all the rebuilt synagogues—destroyed by Jordan—in the ancient Jewish Quarter of the Old City.

And even as the diplomatic Chanukah greetings keep rolling in, “illegal,” too, are the Chanukah candle-lighting ceremonies at the Western Wall—another “East Jerusalem” site that Israel has extensively refurbished.

Then comes the “balance.” The sixth clause “Calls…to prevent all acts of violence against civilians, including acts of terror…and calls for compliance with obligations under international law for the strengthening of ongoing efforts to combat terrorism.”

Terrorism and acts of violence by whom? It doesn’t say. The only reasonable inference is that both sides engage in violence and terror.

In reality, Israel’s security forces report that in 2016 they thwarted 180 Palestinian shooting attacks in the West Bank alone.

The resolution’s seventh clause is more explicit; it “Calls upon both parties…to refrain from provocative actions, incitement and inflammatory rhetoric.”

To sum up, then, five clauses excoriate Israel as a usurper and land thief; one clause calls for an end to terror without naming anyone as responsible for it, indicating that both sides must be; one clause calls on “both parties” to put an end to incitement.

The resolution, in other words, goes far beyond the longstanding practice of drawing moral equivalence between Palestinian terror and Israeli “settlements.” Apart from one allusion in the preamble, it gingerly sidesteps the issue of Palestinian terror and incitement to terror. It seems not to want to offend the Palestinians. It openly delivers, however, a broadside against Israel for building homes, hospitals, synagogues, schools, and so on in land that the resolution wants to be Judenrein.

Nowhere does the resolution mention that, according to international documents to which the United States is a signatory—including UN Security Council Resolution 242 and the Oslo accords—the land in question is designated as disputed land subject to final-status negotiations.

According to the resolution, there would be nothing to negotiate about. It’s all “occupied Palestinian territory”—including Judaism’s most sacred sites.

Such a resolution should have been far below the moral standards of a U.S. administration ostensibly concerned about “peace” and a “solution.” As Dershowitz notes in the same article, “under Security Council rules [an abstention] has the same effect as a vote in favor.” In reality, the Obama administration voted in favor of a barbaric resolution that pussyfoots around terror but assaults Judaism itself by making Jews usurpers even in the heart of Jerusalem.

The resolution should also have been morally repugnant to the other full-fledged democracies that are members of the Security Council—Britain, France, Japan, New Zealand, and Spain.

Instead, New Zealand—after Egypt rescinded its sponsorship—filled in by becoming one of the resolution’s sponsors. The other democracies all joined New Zealand in voting in favor, and when the resolution passed, the chamber erupted in applause.

For Israelis it was a chilling moment. As Finance Minister Moshe Kahlon put it:

We have excellent relations with all these countries—economic, diplomatic, and security ties—but at the moment of truth, not one representative from those countries went along with us, and in the end they even applauded. Watching [the vote] on TV, I couldn’t believe my eyes.

Psychohistorians of the future will have to grapple with the question of how the idea of Israeli “settlements,” even in the democratic world, came to be associated with evil equivalent to—or greater than—terrorism.

Israel fears that the United States and France want to advance another move on the Israeli-Palestinian issue before the Obama administration wraps up its term.

A senior official in Jerusalem said that during Sunday’s security cabinet meeting, ministers were presented with an assessment that during the international foreign ministers’ meeting scheduled for January 15 in Paris as part of the French peace initiative, a series of decisions on the peace process will be made. These will immediately be brought to the UN Security Council for a vote and will be adopted there before January 20.

… Representatives of the Foreign Ministry, the National Security Council and others who attended the security cabinet meeting presented information indicating that the trend in talks between France, the U.S. and other countries in preparation for the foreign ministers’ meeting tended toward advancing such a move.

If such a Security Council resolution goes through, it will not be favorable to Israel. It’s fully expected that it will dictate terms for a “final settlement” that return Israel to the narrow, fragile, porous 1949 armistice lines—or something very similar to them—that invited the 1967 Six Day War in the first place.

All decent Americans should be repelled by President Obama’s exploitation of the final weeks of his presidency to wage a vindictive war against a democratic ally.