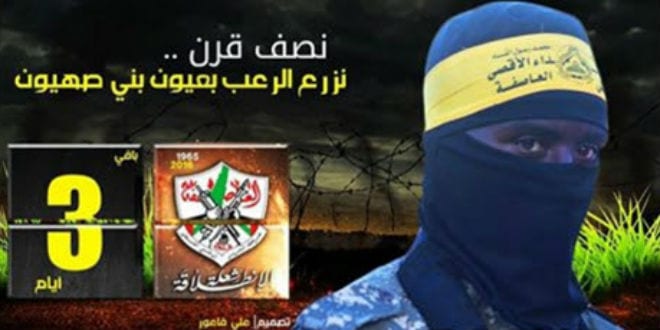 At the request of the state, the Administrative Court will be authorized to order internet providers such as Facebook, Google, Twitter, to remove content considered to be incitement.

The orders can be issued against advertisements that represent a criminal offense and when there is a tangible risk to human safety, public security or the security of the state.

According to Ayelet Shaked, the State Prosecutor’s Cyber branch has been working since last March in order to remove such content from servers. She said that out of 1755 requests made, around 71 percent were fully implemented by the sites.

“I am pleased to see positive cooperation from internet service providers, but it is important that this cooperation be binding and not at the mercy of their whim,” stated Shaked.

“We are dealing here with threats to human life, so we need to act against online incitement as a clear call towards violence and to require the networks to deal with inciters to the full extent of the law,” she concluded.

Several months ago, Public Security Minister Erdan said Facebook CEO Mark Zuckerberg has “Jewish blood on his hands” for allowing the platform to be used to incite terror.

This bill follows on the heels of two incitement cases in November, one of a Jenin resident and one of two 15-year-olds from eastern Jerusalem. Last week, a senior official from the Islamic movement was also interrogated by the Israel police on suspicions of publication of content supporting terrorism and incitement on media websites and social media.

Facebook said in reaction to the bill that the network had “zero tolerance for terrorists, praise for their acts and incitement to real-world violence. We work aggressively to remove it from our platform as soon as we become aware of it.”

“We are constantly looking to improve the effectiveness of our safety measures and have ongoing dialogue with other companies, NGOs and law enforcement to this. We hope to continue a constructive dialogue with the Israeli government [which] will include careful consideration of the implications of this bill for Israeli democracy, freedom of speech, the open internet and the dynamism of the Israeli internet sector.”

In December,  Facebook, along with several other US-based tech companies, announced the creation of a shared industry database of “hashes,” or unique digital “fingerprints,” of violent terrorist videos or images, to enable social media sites to act quickly against such content.

“This will help us fight terrorism online and is the result of collaboration and cooperation, not regulation,”stated Facebook.

Israeli police explained during the Knesset debate that one of the main issues with regards to online incitement has to do with timing. Similarly, Zionist Union MK Revital Sweid tabled a bill in July, allowing the court to fine social media companies up to NIS 300,000 per post for incitement if the content is not removed within 48 hours. The Ministerial Committee for Legislation approved the measure that same month.

This bill, however, has drawn severe criticism from Israeli civil rights lawyers, claiming that only courts are able to determine when freedom of speech ends and incitement begins, and not the internet service providers.