How the Pagan Roots of Christmas Are Driving Many Christians Away 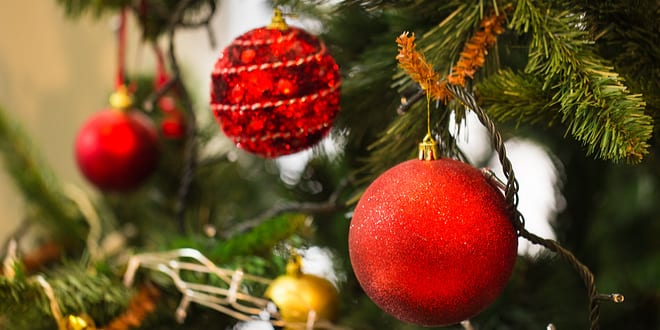 Approximately 2 billion people around the world celebrate Christmas, but a growing wave of people have chosen, for religious reasons, to leave behind the solstice holiday that is one of the most visible symbols of the church, universal to all branches of Christianity.

Christmas is a Christian holiday commemorating the birth of Jesus, but it is celebrated by the vast majority of Americans regardless of religion. A 2010 study by LifeWay Research revealed that 91 percent of Americans observe Christmas. This figure includes 89 percent of agnostics, 62 percent of those claiming other religions, and even 55 percent of those self-identifying as atheists. Of Christians, 97 percent celebrate.

However, there are a growing number of ministries that have broken with the holiday. When Breaking Israel News sent out a request asking to hear from Christians who no longer celebrate Christmas, the response was overwhelming. Emails poured in from around the world, relating intense spiritual journeys.

Breaking with Christmas was described as returning Christianity to its roots. The two main reasons cited for separating from Christmas were the holiday’s pagan origins and the lack of any Biblical source. Pastor Mark Biltz stopped celebrating Christmas 20 years ago, and he points to the Book of Jeremiah to explain how the Bible views the pagan origins of Christmas.

Thus saith Hashem: Learn not the way of the nations, and be not dismayed at the signs of heaven; for the nations are dismayed at them. For the customs of the peoples are vanity; for it is but a tree which one cutteth out of the forest, the work of the hands of the workman with the axe. They deck it with silver and with gold, they fasten it with nails and with hammers, that it move not. Jeremiah 10:2

This verse describes a pagan holiday, complete with a decorated tree, that is unacceptable to the prophet. This pagan holiday eventually transformed into Christmas. Christmas’s pagan roots are described in the Talmud (Avodah Zarah 8a). The Talmud relates how Biblical Adam celebrated the eight days preceding and eight days following the winter solstice as a holiday, but this practice was discontinued because the idolaters usurped it, calling it Kalenda and Saturnalia.

Historically, Kalenda was a pagan festival that became the Roman holiday of Saturnalia, celebrated from December 17-23. When Emperor Constantine made Christianity the dominant religion of the Roman Empire, he incorporated many pagan customs, including Saturnalia, in order to accommodate the majority pagan populace.

Pastor Biltz explained the pagan origins as they relate to the Christian holiday.

“If people want to celebrate Christmas as far as family time and relationships go that is still a special time. Just realize it has pagan origins nothing to do with the Bible or Yeshua (Jesus),” Pastor Biltz said. “This was an ancient custom that the Catholic Church decided would be a great way to get pagans to accept their teachings.”

Deborah Schermerhorn from Colorado stopped celebrating Christmas in 2000, while still active in a Christian church. For the next three years, her family did not put up a tree, and even held back on exchanging gifts.

“I remember one year, I was asked to set up an Advent wreath and candles,” Schermerhorn told Breaking Israel News. “In an effort to better understand the tradition, I looked in the Bible and could not find any Biblical basis for the practice.”

She attends a Hebrew Roots Church and celebrates the Jewish holidays. Rather than put up a tree, she now lights a Hanukkah menorah as part of her Christian observance. “What made Hanukkah real for me was the fact that Yeshua observed the festival himself,” Schermerhorn said.

Separating from Christmas was described by many as part of a larger spiritual process, in some cases deriving from a desire to reconcile with Jewish roots and return to a Biblical understanding of the religion.

“My husband and I both have family members who run the gamut from being intrigued and supportive to being anti-Semitic,” Schermerhorn told Breaking Israel News. “A few feel we have rejected Yeshua by not celebrating Christmas with trees and Santa, when, in reality, we have grown spiritually and have a much deeper relationship with the Lord than if we had stayed in the traditional church.

“Looking back, my husband and I can clearly see how the Lord was calling us out of our pagan past,” Schermerhorn said.

Pieter and Anneke Leeuwestein from Holland stopped celebrating Christmas but found that despite living in a rural area outside of Amsterdam, they were not alone.

“In my part of the country there are hundreds of people who do not celebrate Christmas or Easter anymore,” Anneke said. “It wasn’t difficult. After so many years of walking in sin, it felt like coming home.”