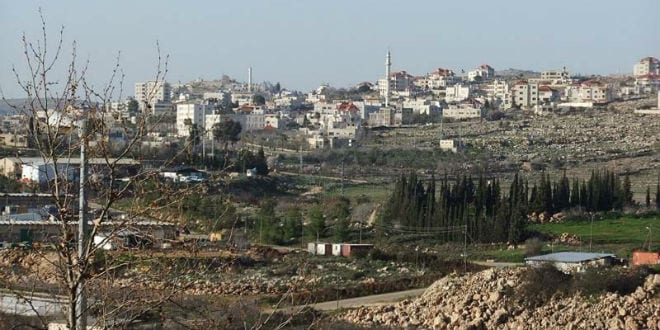 Media reports about the Arab struggle to retrieve the lands of Amona has been presented by politicians and the media as part of an Arab tradition of loyalty to their land. Indeed, one of the claimants against the Amona community has been quoted as saying, “If your child dies, you can make another one in his place, but land that you sold cannot be replaced.” And yet, a report in Friday’s Makor Rishon suggests reality on the ground in Judea and Samaria reflects a somewhat different set of values. Local Arabs may not be willing to sell their land, but many of them don’t live on said land either, preferring instead to emigrate to the US.

According to reporter Assaf Gibor, Route 60, which runs from Afula, on Israel’s side of the “green line” through Jenin, near Shechem, through Ofra and outside Ramallah to Jerusalem, features ghost villages on either side of the highway. The Jewish settlers of Ofra and Amona have been wondering what has happened to neighboring Arab villages such as Silwad, three miles from the main road and about 8 miles north-east of Ramallah. A visitor happening inside the village can see numerous, luxurious villas, that are deserted.

Gibor, who describes those empty homes as “white elephants,” met in Silwad a man in his 70’s named Salah, who sat with him over a cup of coffee and revealed that he’s been living in Puerto Rico for 52 years. Having left in 1964, before the Israeli liberation of 1967, Salah got his BA in Puerto Rico and MA in Tennessee, and now he is retired and living off his rental property on the island. His children were born in the US, one is a lawyer, the other a pharmacist, both Harvard graduates. Sadly, they’ve only visited the old country once – but both speak Arabic.

Hamza Awada, 21, who lives with his parents in Arizona, met Gibor in Dir Dibwan, not far from Silwad. He is visiting to conclude a two-year wife search. It’s an arranged marriage, and after the wedding the happy couple will move to America. Hamza has lived in New York City and in Arizona, as well as in Jordan. “Life here in the village is quaint, but it’s not for me.”

Hamza describes himself as a Palestinian, not as an American, and he likes the sense of community in the village his parents had left in their youth. He’d even like to come back some day, maybe. But “life here is difficult,” he says. “It’s hard to find work, make a living and earn enough to support the lifestyle I’m used to abroad.” He plans to maintain the same ties to the old place his parents have kept: visit every few years. He speaks Arabic with his parents at home, but at school and elsewhere outside the home it’s all English.

According to Gibor, between 80 and 90 percent of Dir Dibwan’s residents have an American citizenship. One local resident, Muhammad Manasra, who splits his life between the village and California, estimates the population in the two neighboring villages at 16,000, most of them living abroad.

In many cases, Arab wives who discover the US lifestyle after having grown up in poverty in Judea and Samaria, refuse to go back. “My brother married a woman from the nearby village of Beitin,” Manasra relates. “There are many Palestinian-Americans there, too. He brought her to the US, arranged for a visa, and the inute she landed there her eyes opened, like she discovered a new world. He would work and she moseyed through the malls and spend money. They had two children, and when the elder was five, my brother wanted his wife and both children to go back to the village so the children learn Arabic and become familiar with Palestinian culture. His wife refused. It ended very badly. They divorced and today both live in the US separately. My brother’s house is sealed,” he says and points at the deserted villa.

Arab immigration from Judea and Samaria has been going on for decades. Official Palestinian Authority figures suggest there are three million Arabs living there. In reality, the figures are lighter by at least one million, according to many experts. Since 1997, Israel is no longer operating the census there, and the PA count does not abide by international norms, whereby a person who has been absent for a year or more from his country is no longer counted. Demographers Yaakov Feitelson and Yoram Ettinger suggest the figure of 1.8 million Arabs in Judea and Samaria, as opposed to the PA claim of 2.9 million.