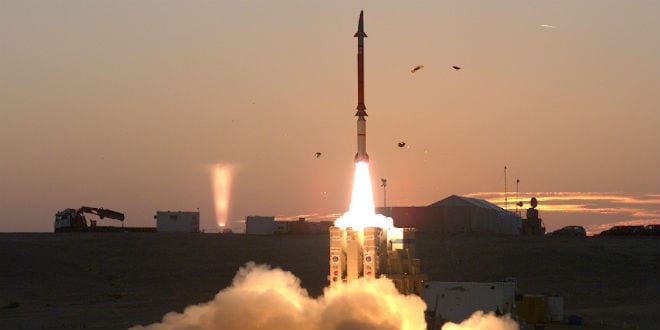 “As our closest ally in the Middle East, Israel must have every resource it needs to sufficiently defend itself from deadly rocket attacks aimed at Israeli civilians—and it’s incumbent upon the United States to ensure they get these critical defense measures,” Schumer said in a statement Tuesday.

“This massive investment is vital to the safety and security of Israel, as it provides millions in federal funds for the U.S.-Israeli joint missile defense programs, including the Iron Dome, which has saved countless lives and helps ensure the survival of the state of Israel,” he said.

The announcement of the funding came after a bipartisan letter spearheaded by Schumer—who is set to become Senate minority leader in January—to the Senate Armed Services Committee, urging the committee to fully fund the U.S.-Israel cooperative missile programs, which include the Iron Dome, Arrow and David’s Sling weapons systems.

“We believe that fully funding U.S.-Israeli missile defense programs at $601 million, as funded by the House-passed NDAA, is a level that will allow Israel to fully meet its national security requirements. We urge you to work in a bicameral, bipartisan manner to find a satisfactory solution to fully fund these U.S.-Israel programs,” Schumer’s letter said.

Last week, the U.S. Senate overwhelmingly passed the $618.7 billion NDAA. A similar measure was passed by the House of Representatives a week earlier, meaning that the bill will now go to President Barack Obama for his approval.

The Conference of Presidents of Major American Jewish Organizations lauded the NDAA’s adoption in both houses of Congress.

“The inclusion of these provisions in the NDAA underscores the ongoing strong bipartisan support in Congress for America’s commitment to Israel’s safety and security, and Israel’s crucial role as a vital ally and stabilizing presence in the region,” said Stephen M. Greenberg, chairman, and Malcolm Hoenlein, executive vice chairman and CEO, of the Conference of Presidents.